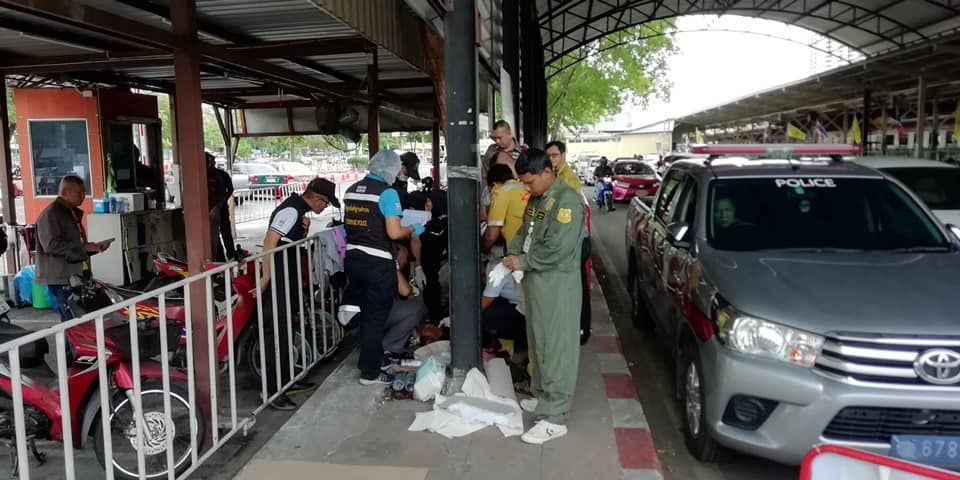 A homeless man was found with his throat slit in a motorcycle park beside Hua Lamphong railway station in Bangkok’s Pathumwan district on Monday morning, police said.

The Noppawong police station was alerted at 7.30am that the body of a homeless man had been found in the motorycycle park.

The body was lying on a mat beside his bag that contained drinking water bottles, face powder and UHT milk cartons. No identification was found on the victim. Initially, he was unidentified but police later identified him as Chuchart Laemsen, 59.

Police have yet to check footage of CCTVs in the area to try to locate the killer.