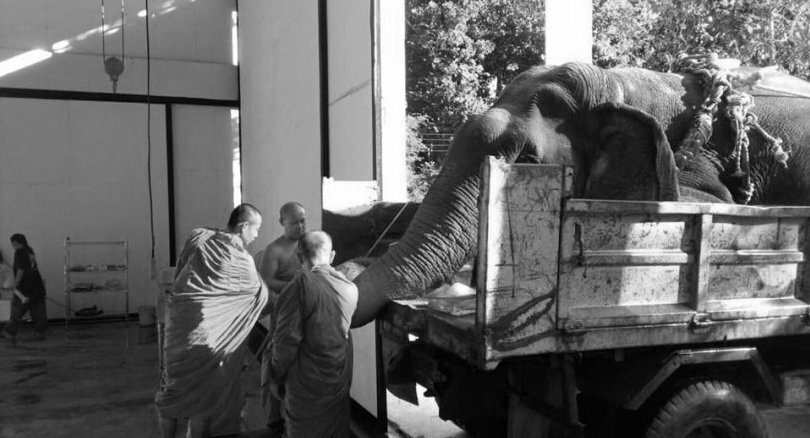 A team of veterinarians yesterday apologized that they could not save the life of a male elephant that had been found stuck in a canal in Phitsanulok province and transferred to Lampang for treatment.

A team member described feeling heartbroken after being unable to help the animal. The vets said the elephant had died of kidney failure related to extreme stress, which resulted in secretions that overwhelmed its kidneys and other organs. The elephant, which was initially called “Tara”, or water, and then renamed “Chompu”, the name of the canal, was spotted stuck in the muddy canal in Phitsanulok’s Noen Maprang district last week.

Authorities and villagers mobilized help for the elephant but initial attempts failed due to a strong current, bad weather and resistance by the wild animal, which was linked to its unfamiliarity with humans. After about 26 hours, the animal was pulled out and vets saw that its hind legs had been injured, leaving it unable to stand. The elephant was then lifted into a truck and transported to Lampang, which took about 10 hours.  Source: Nation