Mastercard, one of the world’s biggest payment providers, pulled support for the site last week over the scandal.

A New York Times report had accused the site of being “infested” with child-abuse and rape-related videos.

The move means that only videos uploaded by verified content partners and people featured in the videos, who are members of its model programme, remain online.

Most of the site’s content was uploaded by unverified community members. Millions of videos have been removed from view as a result of the new policy.

Because we are an adult platform’

The latest move builds on Pornhub’s previous efforts to tackle the controversy sparked by the New York Times article.

The site says it has “suspended” the videos it has taken offline, rather than describing them as deleted.

It alleges that groups “dedicated to abolishing pornography [and] banning material they claim is obscene,” were behind its problems.

Nicholas Kristof’s article outlined how the site returned thousands of results for searches for under-age girls, and told the stories of several victims of rape and abuse who had found videos of their assaults online.

It follows a BBC investigation earlier this year into the case of a woman who discovered the video of her rape as a 14-year-old girl on the site. 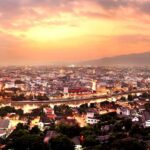 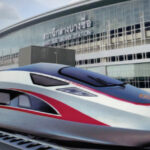