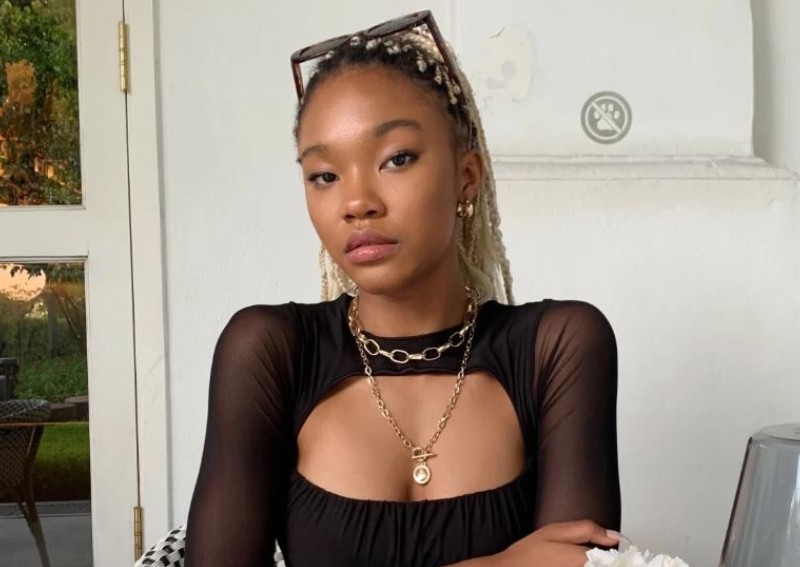 Keyana is a model, dancer and R&B artist who is on her way to becoming a breakout star in Singapore. At only 17 years old she released her debut song and music video, Save It, earlier this year.

“The initial inspiration for the song came from a place of heartache, rooted from lost love,” she says over the phone to the Post .

“However, as I elaborated on the personal meaning of that pain, I came to realise that it had a more positive message – that when it comes to the end of any relationship, while it is normal to dwell on the pain, we actually tend to focus on self-improvement.”

Keyana is a poster child for all that Singapore promotes about its multiculturalism. Half-Chinese, half-Ghanaian, she was raised mainly by her mother and her family in Singapore, and has never truly had a chance to explore her Ghanaian ancestry.

“To be honest, I have never been immersed in any Ghanaian culture and only know a very bit of my Ghanaian heritage,” she says.

She is transparent about some of the microaggressions she faced growing up as an African-Singaporean in Singapore.

When she was younger, although she was close to her immediate family members, she sometimes felt alienated by some of her distant relatives.

During visits at Chinese New Year , she remembers feeling upset when some of them would call her Orh Lang, which she saw as a vulgar term for someone black in her family’s native tongue, the Hokkien Chinese dialect.

“I have a Chinese name and they add nicknames in front of it, or behind it, just because they felt like it was funny and they would just joke about it and laugh,” she says. Her Chinese mother always stuck up for her in such situations.

Her experience of feeling different was magnified when she began modelling three years ago. She saw few avenues for models with darker skin like herself in Singapore fashion. Often, she says, people simply did not see the need for a model of colour.

“I did feel unimportant and neglected when I started modelling. I faced closed-minded people who weren’t open to coloured models, let alone an African model. The jobs I get are very limited.”

Despite this, she has signed with local agency Mannequin Studio and has modelled for fashion magazines including Icon in Singapore and Glamour South Africa.

She is grateful for experiences like this, as they have allowed her to understand “how to keep her peace” despite the ignorance of others, she says.

Although known for its multicultural nature, Singapore has in recent years faced scrutiny over discrimination that Indian, Malay and African minorities in the country face.

Just last year an advertisement in the country provoked a backlash for using a Chinese actor in full brown face to portray a person of Indian heritage.

Other instances, such as landlords not wanting to rent to Indian and Malay citizens, have challenged the image of racial and cultural harmony that Singapore seeks to project.

New conversations around race relations and representation around the world have accompanied the resurgence of the Black Lives Matter Movement, sparked by the brutal killing of an African-American man, George Floyd, in the United States by police, and Keyana deeply admires the international unity she is seeing..

“The Black Lives Matter movement has helped to address the systematic oppression and the slaughter of brothers and sisters in ‘first world countries’ in unity,” she says.

“It is an indescribable feeling to witness the world come together to fight for rights in the African community and recognise that our culture and our melanin matter”.

“I do feel that more can still be done to address casual racism in everyday lives ,” she adds. “Being born and raised [in Singapore], I’ve realised that education starts at home, with how parents talk about other races and what we see on local TV.”

”It becomes an ‘acceptable joke’ if we see a Chinese actor playing an Indian character to its stereotype.”

She was candid about her own reservations over using the word, as she understands there are nuances to it that she can never fully comprehend.

When discussing the matter, she makes it clear that she does not consider herself the gatekeeper of the word, and only steps in to educate people about its usage when she believes the person will be receptive.

“I don’t really [go out of my way] to look for people who say the word, but if someone says it in front of me or directs it to me or I hear it, I will let them know that it’s not cool and politely let them know that they should learn about the history of that word,” she says.

Keyana wishes she had been more patient when she was younger about embracing who she was and gaining self-confidence.

“I gave myself a hard time when it came to my skin colour and my physical looks, which took a huge toll on my state of mind, mentally and spiritually.”

Having overcoming her internal battles, she is overjoyed at the idea of being an inspiration to others of multicultural backgrounds, whether it be through music, modelling or dancing.

“I hope to be someone that people can relate to and talk to, and eventually be a positive influence to other Afro-Singaporean women [so that they can] embrace and fully love themselves, mentally, spiritually and physically,” she says.

“I hope the music I put out in the future will speak to them and my presence as an artist will comfort them and support them at all times.” 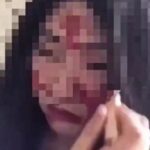 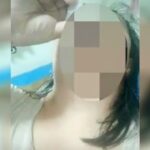