Home » ‘Hacked’ Qatar news site behind crisis back on Twitter

Qatar’s state-run news agency was back on Twitter on Monday for the first time since its “hacked” website carried controversial comments from the emir that sparked a Gulf crisis.

In its first tweet since May 24 last year, the Qatar News Agency announced the emir had sent a message to Azerbaijan’s president, Ilham Aliyev.

The return to social media follows QNA gaining notoriety last May, when a press release purporting to contain quotes from the emir, Sheikh Tamim bin Hamad Al-Thani, appeared on its website.

In comments said to have been from a military graduation ceremony, the emir in part expressed understanding for Hezbollah and Hamas, and claimed Donald Trump might not last long as US president.

Doha insists the explosive remarks were fake and that the website was “hacked by an unknown entity”.

However, less than a fortnight later, Saudi Arabia, the United Arab Emirates, Bahrain and Egypt abruptly broke off diplomatic and trade relations with Qatar, accusing it of having links with radical groups and seeking closer ties with Iran.

Qatar denies the charges and the boycott remains in place almost a year later. 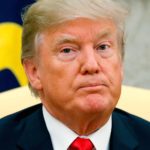