Grandfather: A 18-wheeler trailer truck crushed a man and his granddaughter to death at an intersection in Chon Buri’s Sri Racha district on Thursday evening. 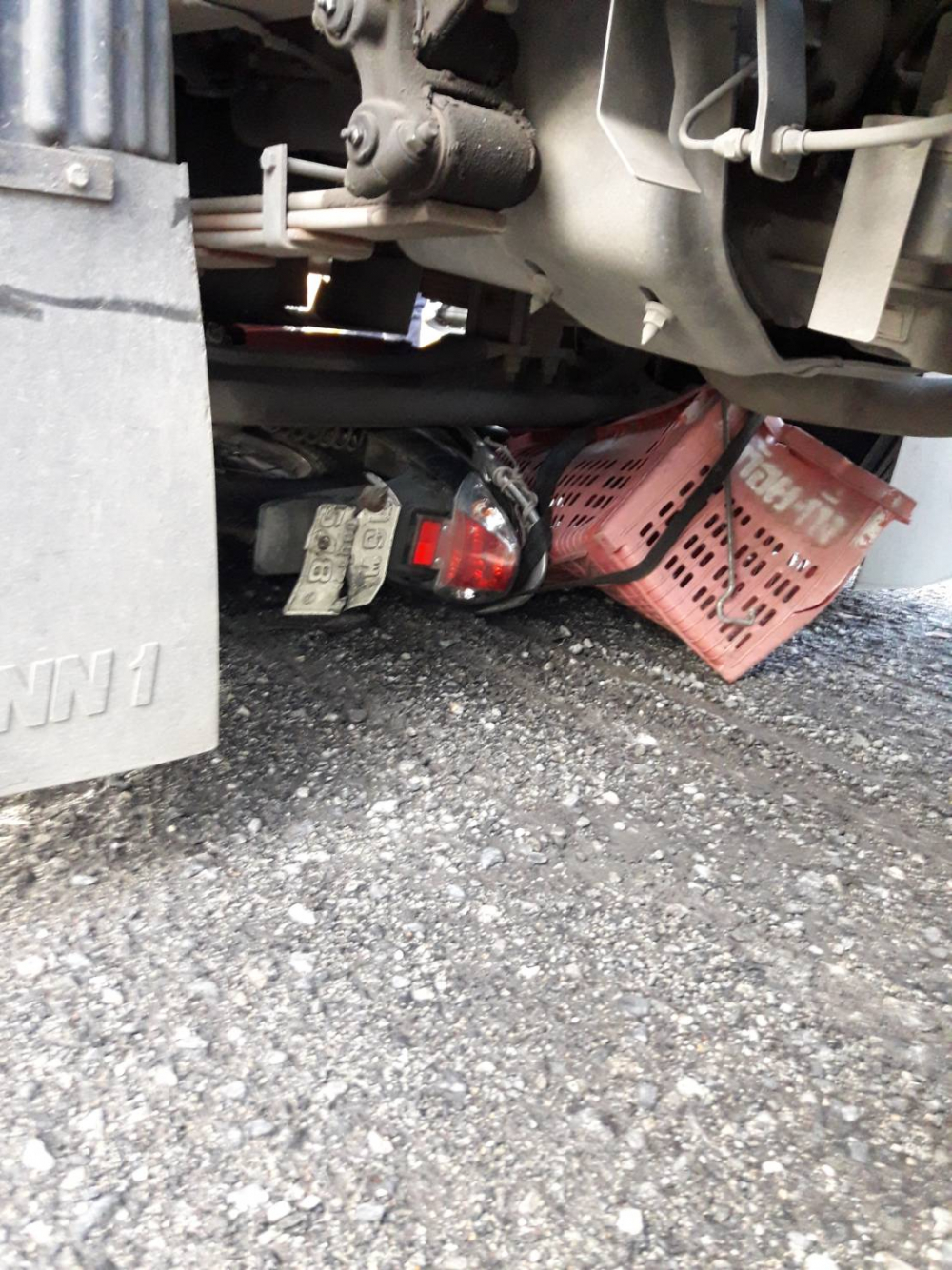 Police say his truck ran over a motorcycle ridden by Bamrung Ruennarong, 69, killing him and his granddaughter, Benjamaporn Muansakhon, 4.

The traffic lights had just turned green and the motorcycle was crossing the intersection when the truck crashed into it.

The truck driver is reported to have said he did not see the motorcycle, that he heard a sound and then saw that by-standers were looking at him so he stopped, checked and found that two people had died.

Construction of Laos’ National Road 11 to begin this year