Each year calls to ban alcohol during Thai New Year’s festive and watery days grow louder, and this year health officials say they want to make it a reality.

The Department of Disease Control said it will ask the government to suspend booze sales on April 13, the first of the three-day New Year’s festival known as Songkran. Officials said the measure would help reduce deaths caused by drunk driving during the holidays.

Department deputy director Kajornsak Kaeojaras told reporters the agency will formally submit the proposal to the cabinet next week.

The department first approved the idea in February. Drunk driving was cited as the second leading cause of Songkran traffic accidents last year, after speeding.

Kajornsak said most DUI cases took place April 13, the first day of the festival. He dismissed concerns the measure could damage the economy, which depends heavily on tourists and revelers.

“The economy doesn’t rely on a single day,” Kajornsak said.

Reactions on social media were mixed. Many criticized the policy as impractical, while others agreed it would lessen alcohol-fueled accidents on Songkran.

“At least it’s better than doing nothing,” Chana Pratarnporn wrote. “Some people may say vendors can still sell to them in secret, but at least it will make it difficult to drink … the best way is to adjust drinkers’ habits.”

“The most important thing is their sense of responsibility. When they drink, they shouldn’t drive at all. This is the best way, but I also agree that this policy will reduce some risks,” Chalatorn Sirisapya wrote.

Thitipong Pungyam said it would “destroy the economy and tourism.”

“Maybe [the government] should see it this way: People have been exhausting themselves with work all year round. They need to relax with their friends and families, too.” Thitipong wrote in reply to an online news thread fielding opinions on the proposal.

The authorities have already implemented anti-booze measures during Songkran, such as banning sales of alcohol where revelers gather for water fights. Such prohibitions are widely ignored and little enforced each year.

It is also unclear whether the government will approve. In 2014, junta chairman Prayuth Chan-ocha rejected a proposal by the same department to ban booze sales during all of the New Year holidays. 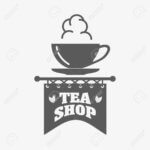