The Commerce Ministry is inviting drug stores to join the government’s welfare program as it moves to expand benefits to low-income earners holding benefits smart cards.

Wichai phochanakij, deputy commerce permanent secretary, said the inclusion of licensed drug stores in the Thong Fah Pracharat (Blue Flag) network will give cardholders access to first-aid suppliesin addition to consumer products. More than than 100 drug stores have already applied to join the scheme and the installation of the appropriate electronic card readers is under way, he said.

Under the welfare scheme, the government gives monthly allowances of 200-300 baht to recipients depending on their annual earnings to buy low-priced consumer products at government Blue Flag outlets and other designated stores. Student uniforms, stationery and fertilizer are also covered.

Each cardholder also receives 1,500 baht a month for subsidized transport, with 500 baht each for inter-provincial public buses, third-class trains, and local public buses and electric trains. The deputy permanent secretary said the installation of card readers at 18,000 designated shops nationwide is likely to be completed by the middle of next month, instead of the end of this month as originally scheduled.

He said eight shops have been disqualified from the programmed, the latest being in Ubon Ratchathani. It was found to be charging the cardholders a 10% “fee”.  Source: Bangkok Post 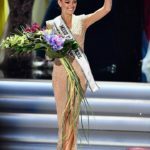 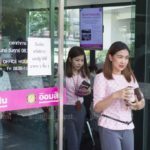 Welfare recipients to get GSB Privilege