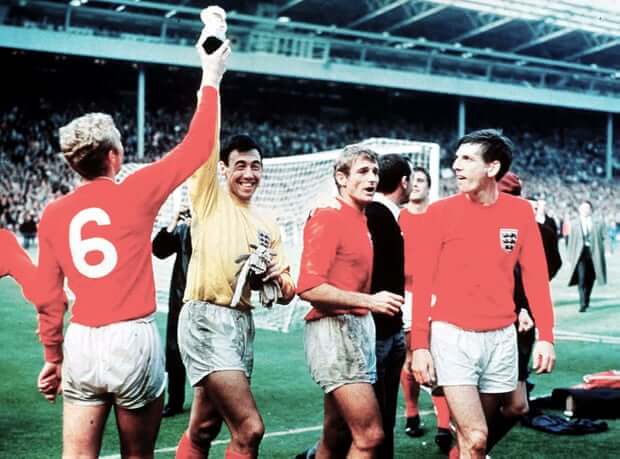 On a bitter cold day, at the end of January 1971, I bumped into Gordon Banks at the Skyway hotel located near the docks in Southampton. We were on our way to the game and Stoke City were staying at the hotel. Gordon sat with us for about ten minutes and we spoke about the game. He, although he probably already knew, asked who he should look out for in the afternoon. I think we mentioned Ron Davies and Mick Channon.

The game, at the old Dell which is now a housing estate, attracted a crowd of 19,500 and Ron Davies scored as Southampton won 2-1. That day Gordon, a true gentleman, couldn’t pull off an extraordinary Pele like save as he done a few months before in Guadalajara, Mexico during the 1970 World Cup. That Pele save which is still regarded by many as the greatest ever save. But when it came to headers Ron Davies, who passed away in May 2013, was one of the best.

In 1958 Banks began his career with Chesterfield where he played 23 times before signing for Leicester City in July 1959. The fee £7,000 and he received a salary of £15 a week. He played 293 games for Leicester which included two losing FA Cup Finals. Against Spurs in 1961, 2-0, and 3-1 against Manchester United in 1963. For Spurs it was part of their double winning season.

In 1964 Banks help Leicester win the League Cup 4-3 against Stoke City on aggregate. In 1967 Leicester, with a promising young keeper on their books called Peter Shilton, sold Banks to Stoke City for £50,000. With Stoke he played 194 games and won the League Cup again in 1972 when Stoke beat Chelsea 2-1.

Banks played for England 73 times and at the end of the 1972 season he was named FWA Footballer of the Year. He was also named FIFA Goalkeeper of the year six times.

If you have any questions about this story please click on the links below. And share if you want. Thank you.