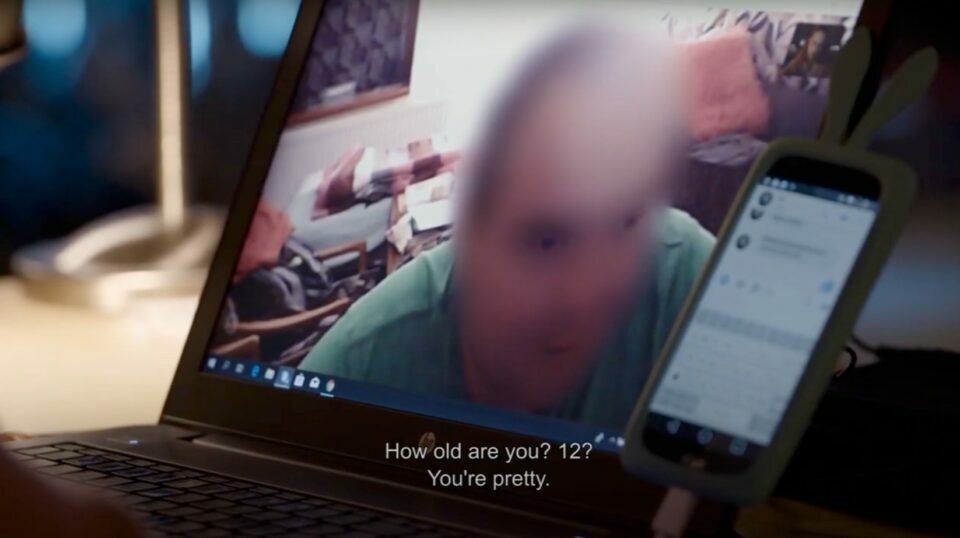 A MIDDLE-aged man stares into the lens and tries to groom a 12-year-old girl.

In a bid to allay her fears about his age, he boasts that when he was 35, he dated a 13-year-old, who ran away from home to live with him.

He’s Czech but tells her: “I live in England now.”

Only, what he doesn’t know is that the person he’s talking to, with her cute clothes and girly hairstyle, is actually an adult posing as a schoolgirl to expose online predators.

The woman – along with two other actors, both over-18 – has agreed to take part in a hard-hitting investigation that will sicken parents everywhere.

For 10 days, Sabina Dlouhá, Anezka Pithartová and Tereza Tezká spent 12 hours a day sitting in faithful replicas of children’s bedrooms, responding to strangers who contacted them online via their fake social media profiles.

Every moment was filmed for the documentary Caught in the Net, and the women were constantly monitored by the production team, psychologists and legal advisors.

In just 10 days, they were contacted by an astonishing 2,458 sexual predators.

The documentary, which was filmed in Czechoslovakia and is available to download in the UK from February 7, provides a terrifying glimpse into what young girls can be exposed to online.

Producer Pavla Klimesová told The Sun: “We knew from statistics that there is a problem and we expected the women would be contacted by several people a day.

“But it was hundreds. At one point, Sabina had over 200 friend requests in one day.

“We were also surprised at how straightforward the communication was with these men. They would write, ‘Hi, how are you,’ and then straight into asking for nude photos.”

Within five minutes of setting up her fake profile, one woman, Tereza has 16 messages from strangers.

At one point, a member of the crew is astonished that Sabina has a total of 900 Facebook friend requests.

Anezka, who was 19 when she filmed the documentary in 2020, accepts her first call within hours of setting up her fake profile, from a man who says he is calling from the bathroom.

We see his hand go to his crotch as soon as the sweet redhead says she’s home alone.

It’s clear Anezka is disturbed by the call. Afterwards, she stares at the screen and murmurs: “That’s really gross.”

At one point, Sabina had over 200 friend requests in one day… these men would write, ‘Hi, how are you,’ and then ask for nudesPavla Klimesová, Producer

Another man, wearing a Batman T-shirt, says he is 45 years old and asks: “Do you fancy me a bit?” He then asks if she wants to see his privates.

She says to the crew: “If those young girls are exposed to this, what kind of mindset will they have when it comes to a relationship?”

A video montage shows a sickening bombardment of genitalia, pixellated for the audience but of course, not for the women.

In the UK, NSPCC figures show online grooming crimes recorded by police have jumped by 70 per cent in the last three years, reaching an all-time high of 6,319 Sexual Communication with a Child offences in the UK in 2021.

Almost three quarters of grooming offences recorded between April 2020 and March 2021 involved Instagram, Snapchat, Facebook Messenger and WhatsApp, where the means of communication was known.

Instagram was flagged by police in 32 per cent of instances where the platform was known, and SnapChat in over a quarter of offences.

Andy Burrows, Head of Child Safety Online Policy at the NSPCC, said: “The sickening scenes in this film are also being played out in our kids’ bedrooms up and down the UK.

“Yet Silicon Valley tech bosses are asleep on the job while their sites are used to groom children and harvest abuse images on an industrial scale.

“This abuse can and must be prevented but the Government risk missing their chance if they ignore MPs’ pleas to toughen up draft online safety laws.”

How to stay safe online

The documentary shows the terrifying threat posed by online predators.

The NSPCC has the following advice for parents to protect their children on social media.

For the documentary, 23 young-looking adults came to the casting call. Of those, 19 told producers they had experienced online abuse.

One revealed she had two years of therapy because a paedophile had taken pictures of her online which ended up in other hands. Another asked her to urinate in front of the camera.

The successful actresses picked out some of their own childhood memorabilia to add to the purpose-built bedrooms built in a huge warehouse.

Sabina, who was 18 during filming, tells The Sun: “To prepare for the role, we had to write an essay about what it’s like to be a 12-year-old girl, what kind of music they listen to, what films they like, what’s in now. We spent time with school girls too.

The actresses had several rules of conduct; for example, they were not allowed to approach anyone, only respond. They had to emphasise that they were 12 years old at the beginning of a conversation.

Toll on the actresses

Such is the frequency of sexual content, that when Tereza chats to a man who insists he doesn’t want anything from her, and that he would “take a chainsaw to guys who jerk off” to girls online, she starts to cry.

“After 10 days of this, I’m moved when I come across somebody decent,” she says.

At one point, a hair and make-up artist thinks she recognises one of the men and says he works with children.

Later, we see members of the crew and the three actresses approach the same man at his home where they reveal who they really are.

Anezka tells him: “I was in those girls’ shoes for three months. I still have nightmares.”

Sickeningly, the man – who ran children’s camps – tries to defend himself, saying: “If a child doesn’t tell their parents about chatting to some man for hours online, it’s their problem, not mine.”

As well as the 10 days of filming, the actresses agreed to meeting 21 of the men face-to-face, in a film set built to look like a cafe, complete with other customers and a hidden crew.

Sabina said: “It was very hard to look into the eyes of men who you knew were abusing children.

“Sometimes you wanted to shout at the top of your lungs that what they are doing is wrong, but you had to stay in character.

“The only positive thing was that during those couple of hours when they were sitting there, they weren’t abusing other children.”

Pavla said: “He was actually on parole and because he broke his parole by contacting Sabina, he ended up in prison.

“Another man, who called himself Lord of the North, contacted all three girls and they found out that in the past, he was a teacher and he had invited a 14-year-old student back to his apartment.

“Altogether, police opened 52 cases and sent two men to prison because of our film.”

The film has been hugely successful in the Czech Republic, with a massive billboard and publicity campaign.

The actresses were invited on talk shows and have been recognised on the street after 1.5 million Czechs watched it on TV and more than half a million in the cinema.

It has been shown in Japan, South Korea, Germany and at film festivals around the world.

‘It can happen in any family’

The idea first came about because a Czech internet provider approached renowned documentary maker Vít Klusák about co-financing a study into online abuse of children.

They wanted to make a 10-minute video on what happened when someone posing as a child wrote “I’m bored” on a local community server. After five hours, there were 86 messages about sex or a contact that eventually led to a sexual nature.

Pavla says: “When they saw that, they were like, ‘This is more than a 10 minute viral video. You have to make an independent film funded by the public television and public funds and it would be much broader and open up the social debate.’”

Sabina says she wanted to take part to raise awareness.

She says: “I wanted to show that this is a problem for the whole of society, it’s not just connected to problematic children or divorced families. It can happen in good families where they take care of their children.

“It’s also important for the children to see, because a lot of them think contacting people online is like a game and they should know where this game can lead to.”

The film has also been made into a child-friendly version and distributed in schools in Czechoslovakia.

A Facebook spokeswoman said: “We use sophisticated technology and behavioural signals not only to detect and prevent grooming or potentially inappropriate interactions between a child and an adult.

“We have also designed safety features, many by default, in collaboration with child safety experts.

“Child safety features include restricting adults from messaging children they don’t know on Messenger, safety notices to help people spot suspicious activity and take action to block or ignore someone and we’ve made the posting audience default to ‘friend’ for under 18s so posts won’t appear in search results.”

Caught In The Net is available on digital download on iTunes, Sky Store, Virgin, GooglePlay /YouTube & Rakuten on February 7. 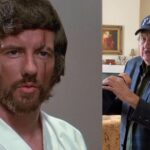