Home » Gang filmed themselves having sex with married men

A trio of men have been jailed after ensnaring two victims in a cruel ‘honeypot’ trap.

Kamar Ilyas, 34, slept with married businessmen then threatened to reveal all to their wives.

He was assisted by Aman Khan, 33, in blackmailing one man while Khalil Chaudry, 29, helped put pressure on a second man.

The gang also claimed they would share video footage of sexual encounters.

Prosecuting, Sarah Haque said one victim was from Manchester while the other was from Burnley.

The first was a married father who came from ‘an ethnic community where homosexuality is not permitted’. He had used the app Grindr and male escort websites to look for potential hook-ups.

He met with Ilyas in October 2020 in the Britannia Hotel in Manchester Piccadilly.

Ilyas would later make persistent requests to meet up again which gave the victim ‘a bad feeling’.

The pair eventually arranged to meet at a hotel once more, but this time a hidden camera had been set up in the room.

After leaving, Ilyas sent a message saying ‘Thank you, you dirty old married man. You’re gonna regret this’ followed by a video of the two of them having sex.

He ordered the victim to pay £25,000 and bombarded him with calls and messages.

At one point, Khan sent a photo of the man’s car to him, and the victim panicked and called the police. Officers were able to trace Ilyas through his booking at the Britannia Hotel.

The second victim, from Burnley, had a similarly traumatic experience.

The businessman had met with Ilyas at a house and, while the two were in bed, Khan and Chaudry stormed in holding their phones up to the pair.

Ms Haque told the court: ‘Khan told the victim that Ilyas was only 15-year-old and asked him what he was doing. Although he looked younger, it was quite clear he could not pass for a 15-year-old child. The victim tried to get up but he was pushed back to the bed.’

The gang then made threats to call police over the false paedophilia claims.

They then took the man into their car and drove him around for three hours before returning home, where they demanded £40,000 be paid in a matter of days.

The victim was ‘petrified for himself and the consequences and also his family given the aggression of the man, how long they kept him and the fact they clearly knew where he lived.’

He only called the police when, like the first man, the gang sent him a photograph from outside his home.

Defending Ilyas, Mohammed Qazi said the married dad-of-one was pressured into being involved and had not used any violence or actually received any money.

The 34-year-old had struggled with ill health and was on psychiatric medication.

Douglas Stewart, representing 33-year-old Khan, said his client had no prior convictions and argued his role was similar to that of a getaway driver.

And Barry Grennan, defending Chaudhry, explained the 29-year-old’s wife and family supported him – and that he was a ‘hard working man’ who would ‘struggle in jail.’

Judge Simon Medland QC described the cases as ‘honeytrap blackmail’ and said the gang had ‘exploited’ their victims and their struggles with sexuality.

Ilyas, of Lomeshaye Road, Nelson, was jailed for six years and three months; Khan, of Milton Street, Nelson was handed a six year sentence; and Chaudhry, of Basnett Street, Burnley was given five years and eight months.

DC Hannah Dermody, of East CID, said: ‘This was a callous plot by three men who deliberately exploited the vulnerabilities of the victims for their own financial gain.

‘I would like to praise the victims for their bravery in what have understandably been extremely distressing times.’ 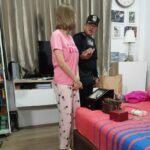 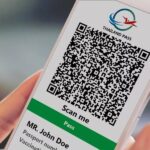 Confusion as Pass stays, but in ‘faster form’