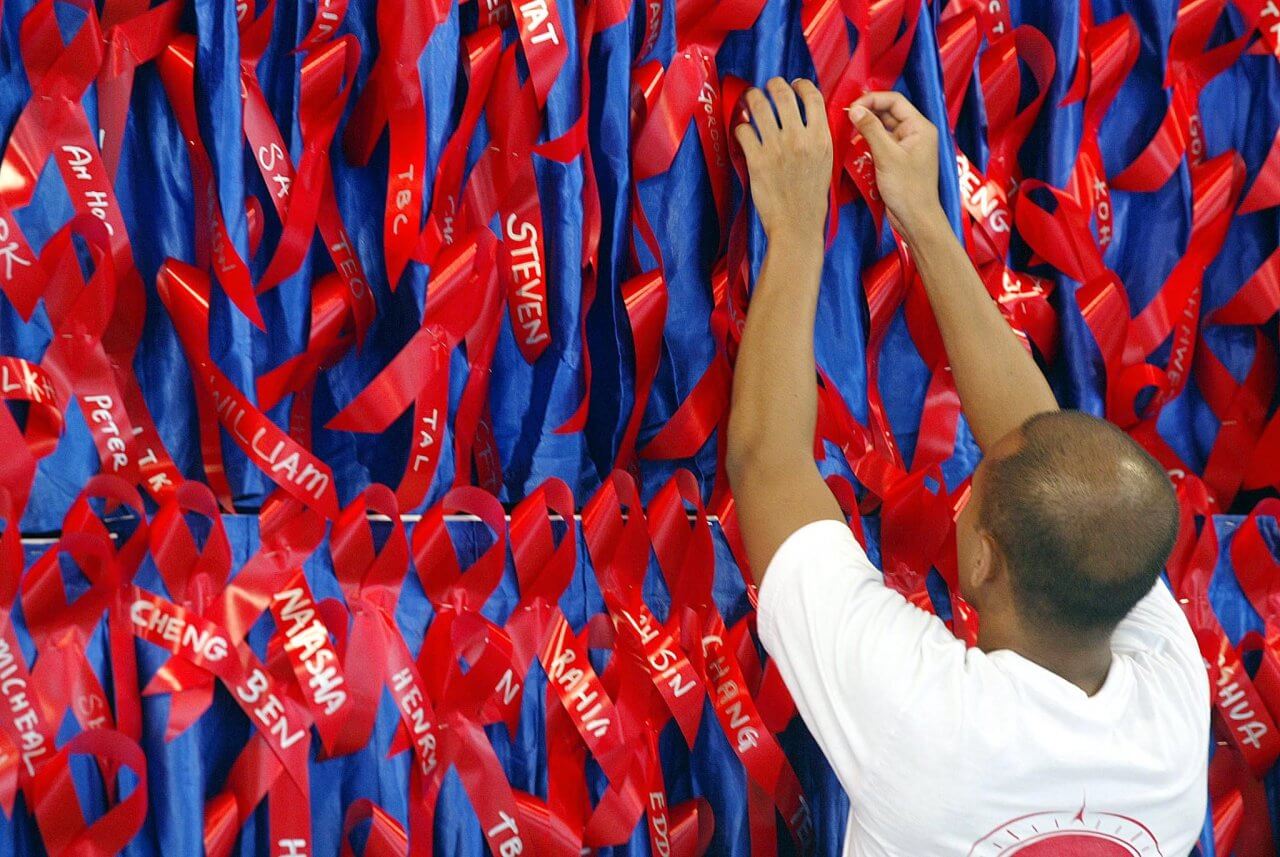 Rico has lived with HIV for almost a decade, confiding in only a small number of people in socially conservative Singapore, fearful of the reaction. Last month, he got a phone call saying information about his condition had been published online.

Rico was one of 14,200 people whose HIV status, name and address were dumped on the internet by an American man who is believed to have obtained the confidential data from his partner — a senior Singaporean doctor.

“The LGBT community is angry and frustrated with the entire ordeal,” said Rico, who did not want to be identified by his full name.

The 31-year-old told AFP he was frightened that “the leaked information may change people’s perception of me”, adding that he had not told all his friends he was HIV-positive.

“Society may be tolerant to the LGBT community but I do not think they are ready to accept a gay and HIV-positive individual. Not in my lifetime,” he said.

While Singapore is modern in many ways, observers say social attitudes have not progressed at the same pace as economic development and are often highly conservative, as in other parts of Asia.

Those in Singapore with HIV — the virus that causes AIDS — have long complained of prejudice and campaigners say the negative reaction to the data breach has highlighted the stigma.

A human resources manager working in the hospitality industry was quoted in local paper the Straits Times as saying she would sack any of her staff if their names were among those published.

The virus is usually transmitted through sex or sharing of needles and cannot be spread via casual contact, such as shaking hands or hugging.

Foreigners with HIV were for many years not allowed to set foot in Singapore at all. In 2015, authorities lifted the ban on foreigners with the virus making short visits but those seeking to work in Singapore must still pass a test.

The affluent city-state of 5.6 million people is home to many overseas workers, from wealthy bankers to labourers at construction sites.

The leak, which involved the data of 5,400 Singaporeans and 8,800 foreigners, has caused widespread consternation. Sumita Banerjee, executive director of NGO Action for AIDS (AFA), said people with the virus had been calling up her group in tears.

“One of the main concerns is that employers, friends and family who were not aware might react badly,” she told AFP, adding some were afraid of losing their jobs.

But according to guidelines from health authorities, there are generally no valid grounds for terminating the services of an HIV-positive employee simply due to their condition.

Singapore authorities say they have rushed to block access to the information that was dumped online, allegedly by Mikhy Farrera Brochez, although they have warned he still has it and could release it again.

Since the leak, local media has reported Brochez was arrested in the United States for allegedly trespassing in his mother’s home, although the case appears unconnected to the data breach.

Speaking to the Straits Times, he protested his innocence and described reports about him as “terribly nasty and inaccurate”.

HIV-positive psychologist Brochez first arrived in the city-state in 2008 and used blood samples from his boyfriend, doctor Ler Teck Siang, to pass an HIV test and get a work permit.

He allegedly obtained the data of HIV-positive people from Ler, who had access to the official HIV registry.

In May 2016, police seized documents, a laptop and mobile phones during searches of Brochez’s and Ler’s apartments after receiving information that the American may be in possession of confidential data.

Brochez was subsequently jailed for lying about his HIV status, using fake degree certificates to get work, and taking drugs.

He was deported from Singapore in 2018, but unknown to authorities, he was still in possession of the HIV data, which he later released.

Authorities have not offered any explanation as to why Brochez leaked the data.

The government has come under fire for the leak, the second major data breach disclosed within the space of a few months — last year, health records of about 1.5 million Singaporeans were stolen in a suspected state-sponsored hack.

In a statement, the health ministry said that the “wellbeing” of those affected by the HIV data leak was their “priority” and support was being offered.

But for Rico, the damage has already been done, and he fears some people with HIV will now refuse to seek treatment due to safety concerns.

“I will not be surprised if the fear drives people underground,” he said.