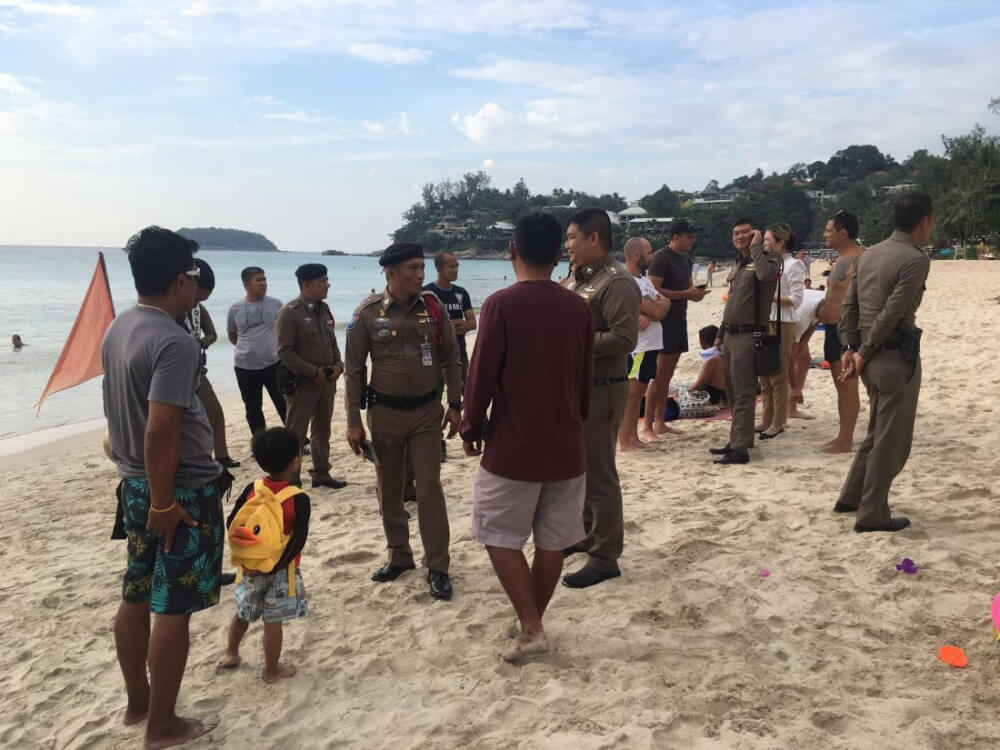 One of the two female tourists involved was taken to hospital as a result of injuries sustained in the incident. 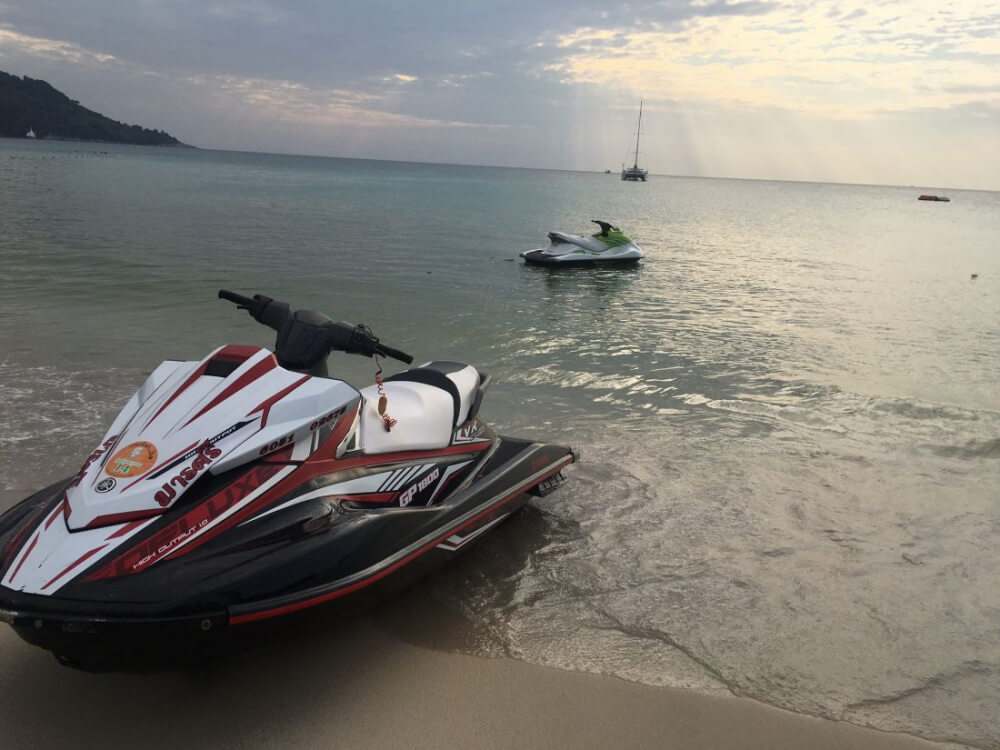 Karon police were notified of the incident at 4.50pm on Monday. 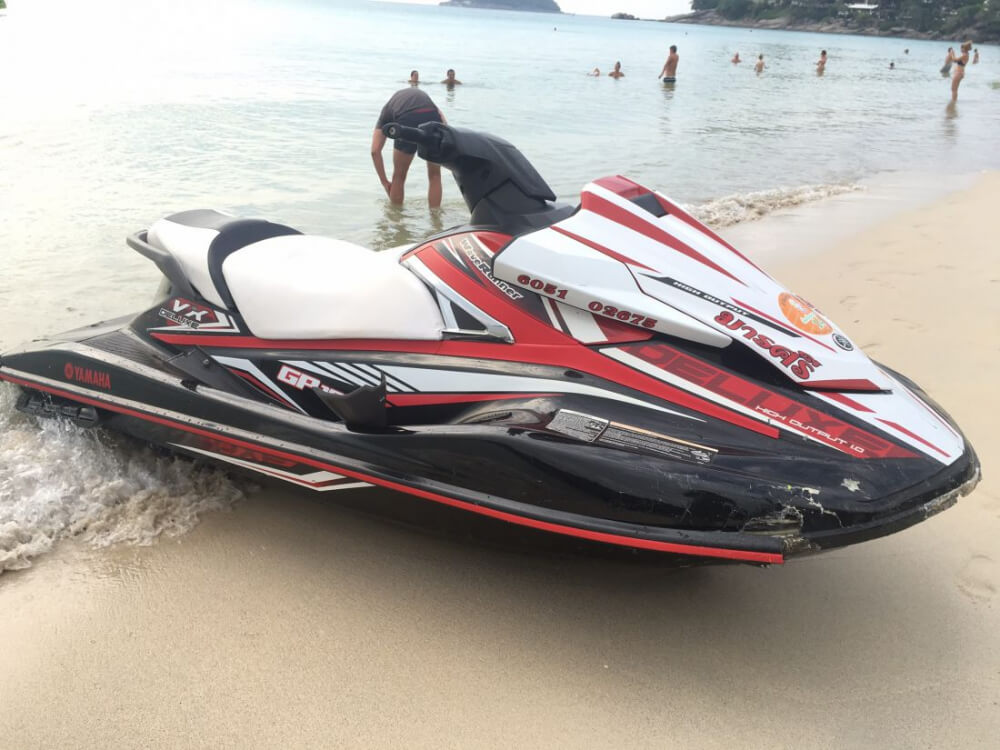 Police reported that they headed to Chalong Hospital, where 23-year-old Tatiana Lysova had been admitted after sustaining a minor injury.

She was well enough to be able to discuss the incident, they said.

The three other Russian tourists involved were 31-year-old Ivan Fediaey and 36-year-old Ivan Smoliagin, both male, and Olga Isaicheva, 30.

They had been traveling with a Russian tour group and staying at a hotel in Patong.

All four tourists have been fined Bt1,000 for reckless driving of a marine vessel.

Police left it to the tour group to settle the damage costs with the jet-ski rental company.