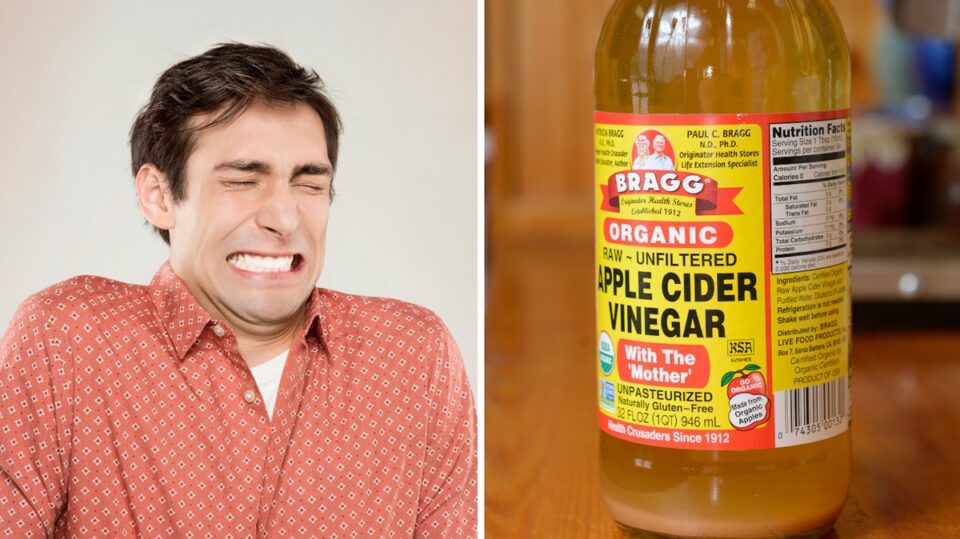 The pressure to have a big penis can make men do some truly bizarre things.

They might get blood injected into their member, eat a load of watermelon, or invest sweat and tears into the jelqing technique, which essentially involves yanking on the penis in an attempt to stretch it longer.

Shockingly enough, this method will not be successful – and an expert has warned that attempting it could do you quite a lot of harm, too.

The ‘apple cider vinegar increases your penis size’ lie has been around for years, but it’s been brought to our attention more recently by Vice.

Their article breaks down a series of adverts that show cartoon men pouring apple cider vinegar on their penis (or shoving their entire shlong in the bottle, somehow), because, the ads claim, ‘this weird trick makes any penis increase by 65%’.

Strangely, if you click on these adverts, they’re not actually promoting apple cider vinegar, but an entirely different pill that, again, promises to make genitals larger and harder.

But what if you decide to game the system, save money on pills, and just try out that trick that the internet says could make your penis increase by 65%? Will your penis actually grow?

The answer is no, sorry. And applying apple cider vinegar to your dick could cause your pal some real harm.

‘I would advise against applying apple cider vinegar to any areas of the genitalia as this could cause irritation, soreness, burning and even cause potential skin infections,’ Parvinder Sagoo, lead medical advisor and clinician at Simply Meds Online, tells Metro.co.uk.

‘There is no evidence to suggest that apple cider vinegar can work to enlarge your penis or work to help with erectile dysfunction complications.

‘Many people like the idea of home remedies working for them, and apple cider vinegar has been used for other things, such as weight loss, however there is no scientific evidence to back up this wild claim of penis enlargement.’

If you’re thinking ‘oh, I’ll just drink it instead’, that won’t do much either.

Parvinder adds: ‘Many people drink apple cider vinegar diluted with water for health and weight loss benefits, however it will have no benefit or impact on penis size or sexual function.’

Oh, and in case you were wondering, drinking apple cider vinegar also does not kill Covid-19. Please don’t down large amounts, for any nonsense reason.

It’s easy to dismiss these types of penis enlargement hacks as ‘silly’ or ‘ridiculous’, but the truth is that when you’re insecure about any part of your body, you’re far more susceptible to being drawn in by dodgy internet claims.

These adverts work on those insecurities, appealing to your self-doubt to get clicks and sell products.

If you are worried about the size of your penis or your sexual performance, don’t allow shame to push you into these darker corners of the internet.

It’s worth talking to your GP to tackle any erectile issues, and considering therapy to unlearn harsh self-criticism.

‘There is such a thing as sexual health therapy, which may help men learn to accept they’re body and may help mentally,’ says Parvinder.

‘There are no permanent ways to extend the size of your penis, penis extenders and penis pumps may work temporarily but those effects will wear off.’

‘For men who are worried about their penis size I would suggest the best remedy is to start accepting your genitalia for what it is and learning to love what you have been given.’ 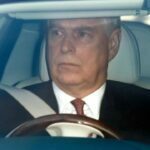