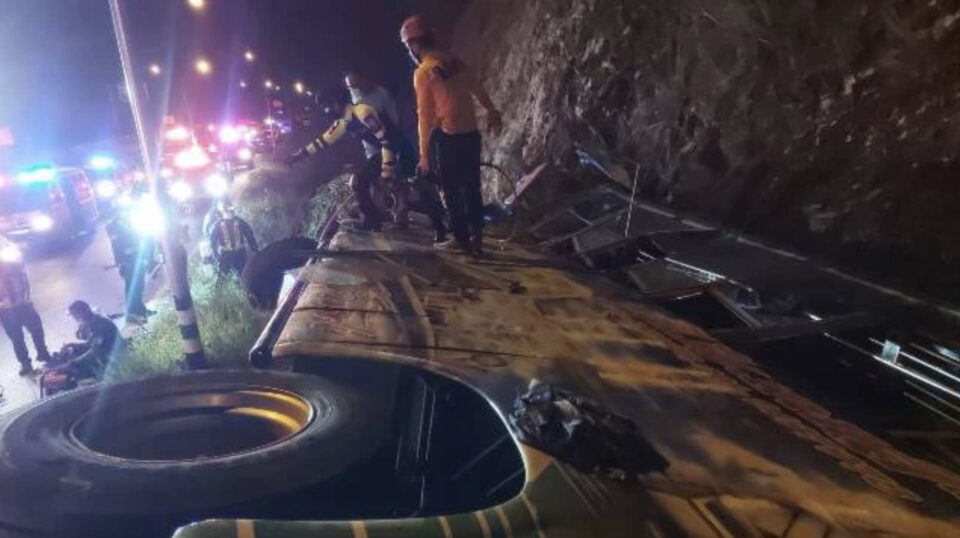 Three migrant workers from Myanmar and a Thai bus driver were killed and about 40 others injured when their bus crashed through a road barrier into a roadside ditch and overturned in the Mueang district of Tak Province on Tuesday night.

Pol Col Likhitpong Srinarang, superintendent of Mae Thor police, said that the bus driver might not have been familiar with the road from Mae Sot district to Mueang district because, according to the survivors, he applied the brake frequently as the bus was travelling downhill in Mae Thor sub-district, until he eventually lost control of the vehicle and ploughed through the barrier.

EMTs had to use hand tools to extract several Myanmar citizens who were trapped inside the overturned bus.

The deceased and injured were taken to the district hospital.

After the accident, an official from the Myanmar consular office in Mae Sot district visited the injured in hospital.

This group from Myanmar was about to travel to Hat Yai district in Songkhla Province, to work in a factory under the terms of a memorandum of understanding between Thailand and Myanmar on the legal and orderly employment of Myanmar workers in Thailand. 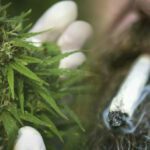 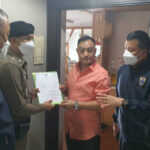