Flexible approach from the Immigration Bureau will be welcomed by foreign tourists still here since before April 2020. However, the need to be circumspect and observe all health regulations has never been more urgent as the kingdom’s fight against the second Covid-19 wave still lies in the balance. There is also evidence of increased police enforcement against foreigners in Thailand who are outside the law.

Stranded foreign tourists can stay in the kingdom up until the end of May according to an order signed by the Immigration Bureau commander last Thursday which gives local officers in each province the power to grant 60-day visa extensions from the 29th of January to the 30th of March next. It comes amid a worsening second wave of the virus outside of Thailand which has seen many European countries tighten or even close entry for all incoming passengers except in the case of emergencies.

The written order, issued to all provincial Immigration Bureau commanders on January 28th, while it provides for discretion and an injunction to see that the immigration laws are strictly maintained, allows for a further 60 day extension for tourist visa holders beyond January 29th when the previous order expired.

The previous order was made under the Immigration Act and police regulations allowing the Immigration Bureau commander to exercise such discretion under exceptional circumstances. Police Lieutenant General Sompong previously authorised immigration officers to grant a 60-day extension at any time from the 29th September 2020 to the 29th January 2021.

This new order, signed by the police chief on Thursday, allows such extensions to be granted now up to March 30th 2021. It means, in effect, that tourist visas can be extended until May 30th 2021.

Last year, as numerous deadlines loomed for the end of the concession for stranded foreign tourists, nearly all who arrived in Thailand before the start of April 2020, the decision appeared to be a political one for the Prime Minister and the cabinet with last-minute reprieves issued despite warnings from senior Immigration Bureau police officers to the contrary.

Indeed on the last occasion, it happened that the deadline came and passed before news of the extension was publicly confirmed causing uncertainty. A number of foreigners, living here for some time, left the country in order to ensure strict compliance with the law.

Officers must still comply with proof of residency requirement and a fee of ฿1,900 is to be paid

There now appears to be a more understanding and streamlined process where the extension is granted subject to proving details of residency under Section 38 of the Immigration Act for security and order purposes.

This was particularly cited by the Immigration Bureau commander in last Thursday’s memo.

There will be a fee of ฿1,900 for each extension granted.

In the order, the top police officer explained that the reason for the latest extension is the ongoing pandemic which has seen many European countries close their borders to non-European Union air traffic because of the second wave of the virus.

The United States is allowing its citizens to return home although it has barred travellers from the UK and Europe at this time.

The move will be welcomed by many foreigners genuinely stranded in the kingdom under an array of circumstances and those who have chosen to ride out the pandemic in the country.

In September, a source within the Immigration Bureau who wished not to be named, suggested that at that point there were up to 150,000 foreigners in the kingdom with tourist visas that would normally have expired. This figure was reported to have been nearly 500,000 when the kingdom shut its borders in early April 2020.

Current estimates put the figure at between 100,000 and 150,000 people staying on in Thailand on expired foreign tourist visas

While the government and immigration authorities have adopted a generous response to tourists overstaying in the kingdom, foreign embassies have been urging their nationals to strictly comply with Covid-19 regulations and requirements when in public at all times. 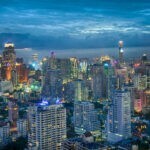 Bangkok allows many businesses, venues to reopen but bars to remain closed 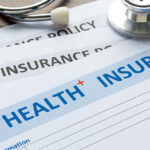