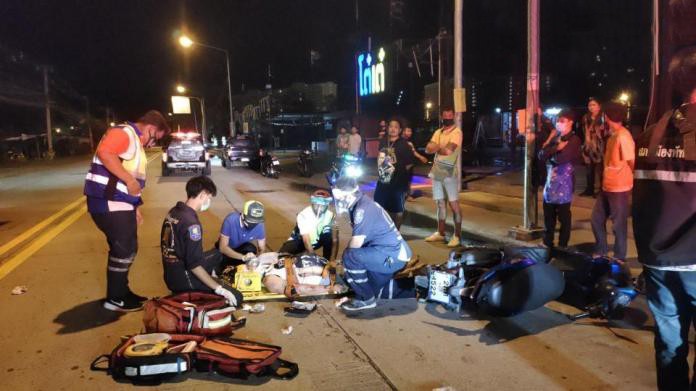 A foreign motorbike driver has sustained serious injuries after a stray dog allegedly ran in front of his motorbike in Banglamung last night just before curfew time.

The Pattaya City Police was notified of the accident at 10:50 PM near Toe Tae Market in Soi Wat Boonkanjanaram.

Emergency responders and The Pattaya News arrived at the scene to find a damaged motorbike on the road.

Nearby, rescue staff found the foreign man, who was not named to the press, unconscious from head injuries and bleeding heavily. He had not been wearing a helmet. He was rushed to a local hospital. A stray black dog was found sitting nearby.

Witnesses told The Pattaya News that the motorbike was reportedly driving at high speed. The dog had dashed out in front of his motorbike, causing the man to swerve, lose control and crash. 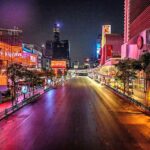 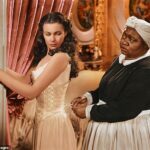 This is Crazy as HBO Max pull Gone With The Wind