Home » Forced to listen as my daughter was brutally murdered

A DEVESTATED mum who was forced to listen as her daughter was murdered has blasted her killer and hopes that he rots in “the darkest parts of hell.”

Beautician Melissa Belshaw, 32, from Wigan, was stabbed to death by her cage-fighter ex-boyfriend Andrew Wadsworth, 37, in May 2019.

The horrific drug and alcohol fuelled attack took place in front of her terrified teenage daughter who called the police.

Wadsworth was jailed for life in December 2020, and must serve a minimum of 32 years for the Melissa’s murder.

He was also convicted of the attempted murder of a heroic neighbour who tried to save the mum after hearing the screams.

Jean Mulvaney, Melissa’s mum, was forced to listen to her daughter’s brutal attack as it unfolded – as her granddaughter called for help.

The 59-year-old has banned anyone from speaking the murderers name in her house, and hops that he “rots.”

Speaking to the Liverpool Echo she said: “I hope he rots in jail and he needs to go to the deepest, darkest parts of hell.

“I hope he never sees the light of day again… he took away everything from us.”

Cowardly Wadsworth forced Melissa’s traumatised family to sit through a trial, peddling “lie after lie” in an attempt to cover up the brutal killing.

Neighbours said mum-of-one Melissa begged for help with “blood-curdling screams” as she was knifed in front of her daughter.

Jean frantically jumped in a car and drove to her daughter’s home – praying a police helicopter circling overhead wasn’t for her daughter.

Melissa’s body was discovered after she suffered a “series of deliberate stab wounds” inflicted with “severe force”.

Jean later discovered that her brave grandchild, who was 13 at the time, had carried out CPR on her mum as callous Wadsworth watched clutching the bloodied knife.

She also called 999 and was heard asking Wadsworth: “Andy, what have you done? Why have you done that to my mum?”

The former mixed martial arts fighter had initially appeared to be a “real gentlemen” before “vanishing”.

Melissa discovered that her ex-lover had been in prison for a violent burglary, but the pair continued to date after he convinced her he was a new man.

But she ended the relationship with the violent thug before he murdered her in her own home.

Jean, who has branded Wadsworth the “devil itself”, is urging anyone who does not feel safe in their relationship to reach out for help.

She said: “They need to get out, they need to seek help as soon as possible.”

The grandmother has found the past 18 months since her daughter’s death “very hard” and was too upset to decorate her home for the festive period over the past two years.

She has turned her home into a shrine of Melissa, wanting to keep her daughter’s “beautiful soul” alive.

Jean decorated her grave with a wreath as loved ones paid tribute over Christmas.

She added: “I have pictures of her everywhere in the house. I speak to her every morning. As long as I am living her name will stay alive. She was a beautiful soul, inside and out.

“Her memory will never be forgotten.” 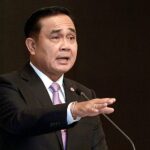 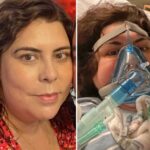