Footy: Thailand’s vast army of football fans were left bitterly disappointed after staying up to watch the opening Champions League games on Wednesday … and staring at blank screens instead.

TrueVisions, Thailand’s largest pay TV operator, announced that its channel beIN Sports, who were expected to continue showing Champions League and Europa League games, had failed to retain the rights for the next three seasons.

But when fans tuned in all they got was a blank screen where the action should have been – and a message saying there was a problem with the stream. They were hoping to fix the problem in time for the games early Thursday. 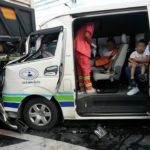