Squatter Houses: A fire swept through a Bangkok squatter community in Thon Buri district late on Friday night, burning down some 20 houses.

Police said the fire broke out at 11.30pm at the community on Soi Taksin 4 in Bang Yi Rua sub-district.

Firefighters took about one and a half hours to control the fast-moving blaze.

Witnesses said they saw the fire first break out at one house and then spread quickly. The three or four residents at the first house had not yet reported to police at press time on Saturday.

The cause of the fire has yet to be determined by police. 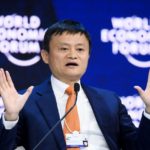