Fire damages: A fire broke out at an old school building in Chon Buri’s Sri Racha district on Tuesday morning, injuring one student and prompting classes to be cancelled for the rest of the day.

Nong Kham police station in Sri Racha was alerted to the fire at 9.30am.

A fire engine took about 10 minutes to control the blaze inside the two-storey wooden building of Ban Bueng School, located in Moo 8 village in Tambon Bueng.

The school director, Piyawat Phapolngam, said the fire had broken out while students were lining up in front of the flagpole to sing the national anthem.

She was rushed to the tambon health clinic to receive treatment, and was allowed to return home shortly after.

The school director said the day’s classes had been cancelled because students were frightened by what had happened.

Police said the fire was apparently caused by a short circuit as the power cables in the school buildings had become defective after long-time use. 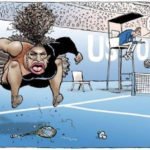