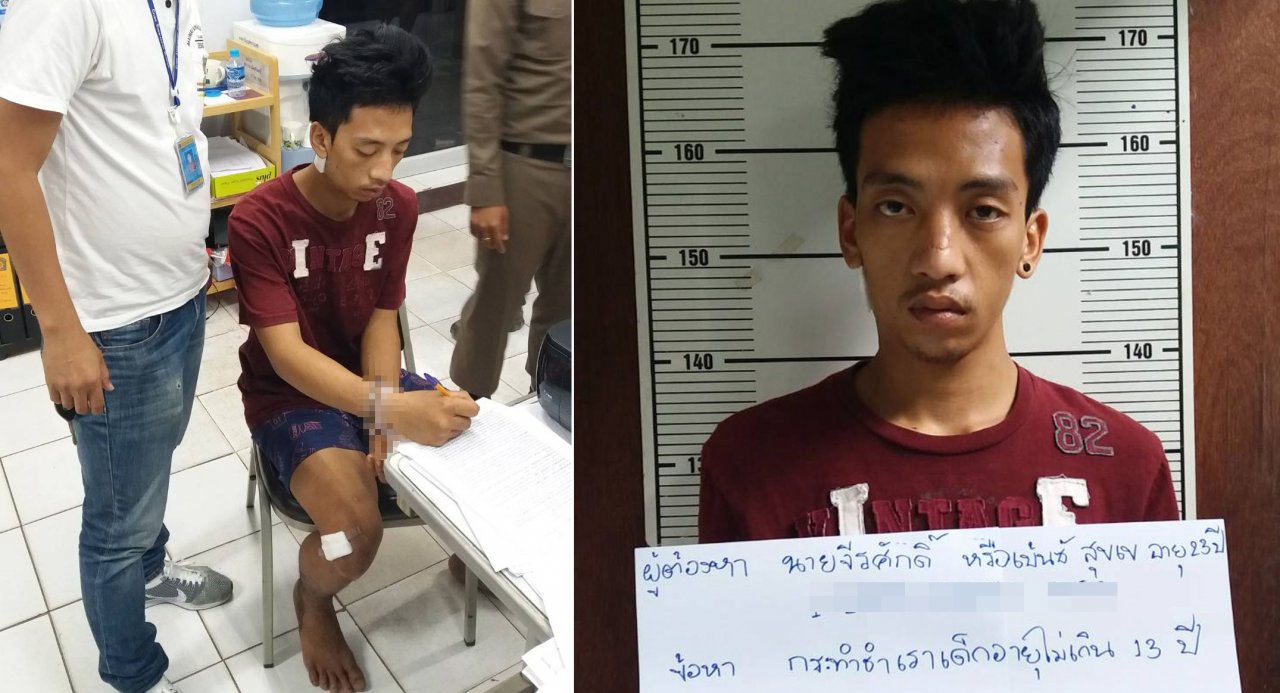 The last fugitive in a heinous crime, in which an eight-year-old girl was lured from her home, force fed with methamphetamine pills and gang-raped by three men from the same neighbourhood, before they dumped her unconscious at a roadside spot in Chanthaburi’s Kaeng Hang Maeo district last December, has been taken into police custody.

Suspect Jeerasak Sukkhe, 23, was arrested at 4pm on Monday in front of a Chanthaburi hospital.

Jeerasak was accused of the crime, which took place on December 18, when he and two others – Chatree Hanchana and Surachet Jomkhamsing – had allegedly lured the girl with the promise of taking her to visit an attraction.

However, they instead took the eight-year-old to Chatree’s house, where they allegedly force fed her with meth pills and raped her until she passed out, before leaving her in an unconscious state by the roadside in Kaeng Hang Maeo district.

Police had previously arrested Chatree and Surachet, but capturing Jeerasak proved elusive until he was apprehended on Monday.

While admitting to having been at Chatree’s house on the day of the crime, he claimed he had not raped the girl because the other two had contacted him by phone after the rape session, seeking his help in disposing of the unconscious youngster somewhere, police said. 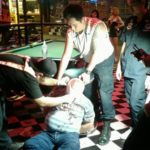