If you like your roller coasters low, short and slow, then the new Yukon Striker is definitely not for you.

The ride is due to open in May and will become the world’s tallest, longest and fastest dive roller coaster, boasting a shit-conjuring 245-foot vertical drop.

The roller coaster will open at Canada’s Wonderland in Vaughan, Ontario in May and will break several world records in doing so.

A point of view simulation of the ride (complete with realistic screaming and hollering) offers an insight into the horror that awaits those brave enough to strap themselves in on the Yukon Striker.

It starts out with a gradual climb up the massive vertical, allowing passengers to fully absorb just how far they are going to fall. Upon reaching the zenith, 223 feet above the safe ground, the ride hangs over the edge for three agonising seconds, as white-knuckled passengers brace themselves for the huge drop.

The three-seat-wide, floor-less rows of riders then plummet to the ground, reaching record-breaking 80mph speeds. In next to no time, riders will realise where the extra 22 feet of the drop come from, as they drop through an underwater mining shaft.

With the fastest and tallest records out of the way, there’s also the small matter of the record for the world’s longest roller coaster, with the ride lasting a total of three minutes and 25 seconds and covering 3,625 feet of looping, dipping and spiralling track.

The ride was designed by Bolliger & Mabillard, who also built the current fastest, longest and tallest diver rollercoaster; the Valravn, at Cedar Point Amusement Park in Ohio, which reaches speeds of 75mph and a height of 214 feet, and is 3,415 feet long.

The story behind the name is detailed on the Canada’s Wonderland website, and it’s a little ominous to say the least.

It reads: “It’s 1897 and a flood of men and women are venturing into the untamed wilderness of northwestern Canada, fuelled by little more than rumour of limitless gold.

“The headwaters of the Yukon spread beyond an unforgiving landscape, tempting newcomers with the promise of riches that lay buried in ice-cold riverbeds throughout the Klondike. Most prospectors are doomed to fail.

“The journey is treacherous along the Chilkoot Trail, a steep and punishing climb high into the coastal mountain range. The seasons are extreme and the back country, for all its raw beauty, is unyielding.

“Among the lawless boom towns and outposts, only a few will succeed in this quest for glory.

“A Golden Eagle soars high on the winds watching the perilous hunt. Who will endure the longest journey? Who will conquer the tallest mountain pass, the treacherous terrain and rise worthy of the name YUKON STRIKER….”

Personally, I’m not a big fan of ‘only a few will succeed’ when it comes to roller coaster descriptions, but hey, that’s just me.

Construction of the Yukon Striker began in January 2018 and the last tracks were laid in February. It will open to the public on 3 May. 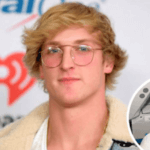