Home » Famous Korean TV host allegedly kicked by taxi driver, who then chased him with a stick

A famous Korean TV host has a warning for the world when it comes to our much-maligned Bangkok taxi drivers, one that involves being kicked out of a cab (not that out there) and being chased by its driver with a stick (extremely out there).

Kim Woo Ri — also known as the former stylist for popular K-pop girl group, “T-ara” — yesterday shared a video of his experience on instagram along with his dire admonition for fellow Koreans. 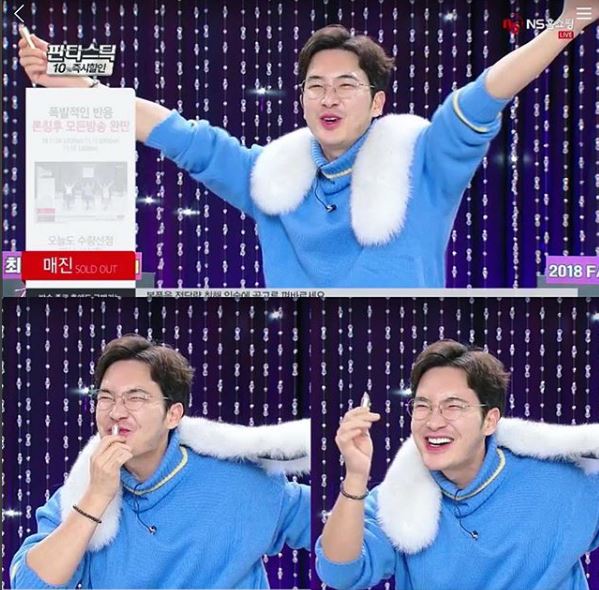 Though the post has since been deleted, the internet is, of course, forever, and Thai netizens had already screenshotted the post and thus the web’s dark magic began to weave its spell.

In the clip, the cabbie can be seen grabbing a stick and approaching the videographer, possibly with the intent to smack him with it, reported Entertain Tee Nee. 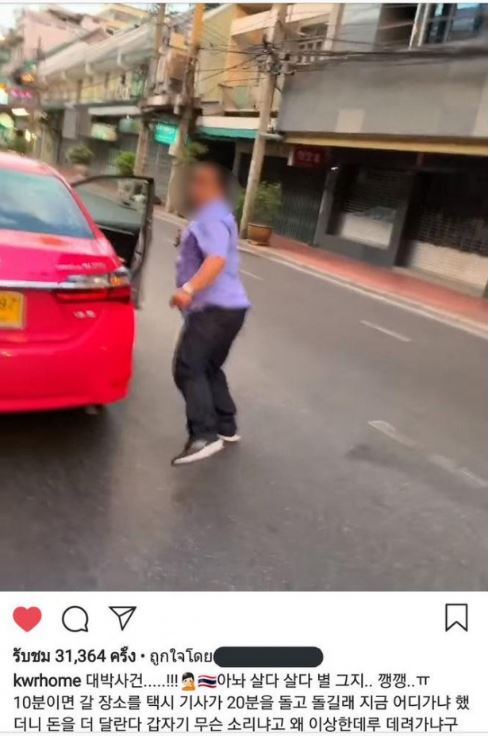 According to a trusted Korean-speaking source of Coconuts Bangkok, Kim’s caption explains that he was riding in a pink taxi with a friend on a route that typically takes 10 minutes.

Therefore, when 20 minutes had passed and the pair still hadn’t reached their destination, Kim asked the cabbie where exactly he was driving.

At this point, the taxi driver responded by demanding more money. When the TV host and his friend refused, the pair was, allegedly, kicked out of the cab and chased after with a stick — as per the now-deleted clip. 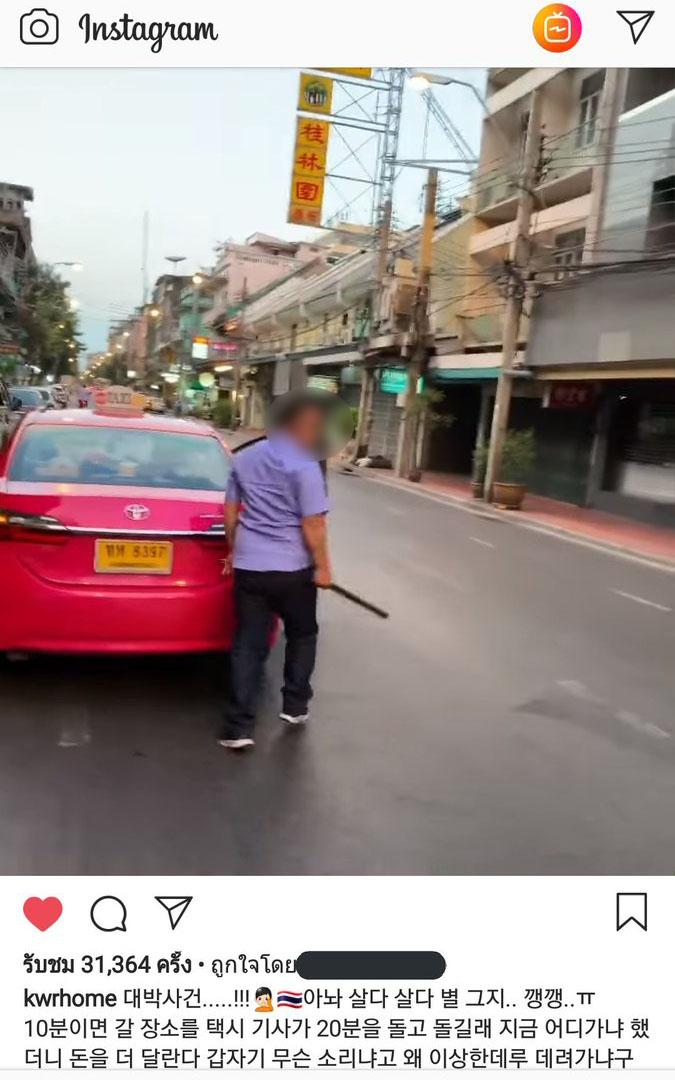 The TV host added that fellow Koreans should beware of Thai taxis for, if you’re not careful, they must just rip you off. Well, yes.

Comical? Kind of, yeah. But also not a great look when Thai taxis are currently battling for their market share lives with recent market entrant Grab, the Singapore-based ride-hailing app.

While ride-sharing services are technically still unregulated in Thailand, they have rapidly become the preferred method of transportation for many.

With stories like these circulating, many netizens can’t help but ask: Why shouldn’t we switch?

Police arrest catfisher who scammed Thai man out of THB89,000