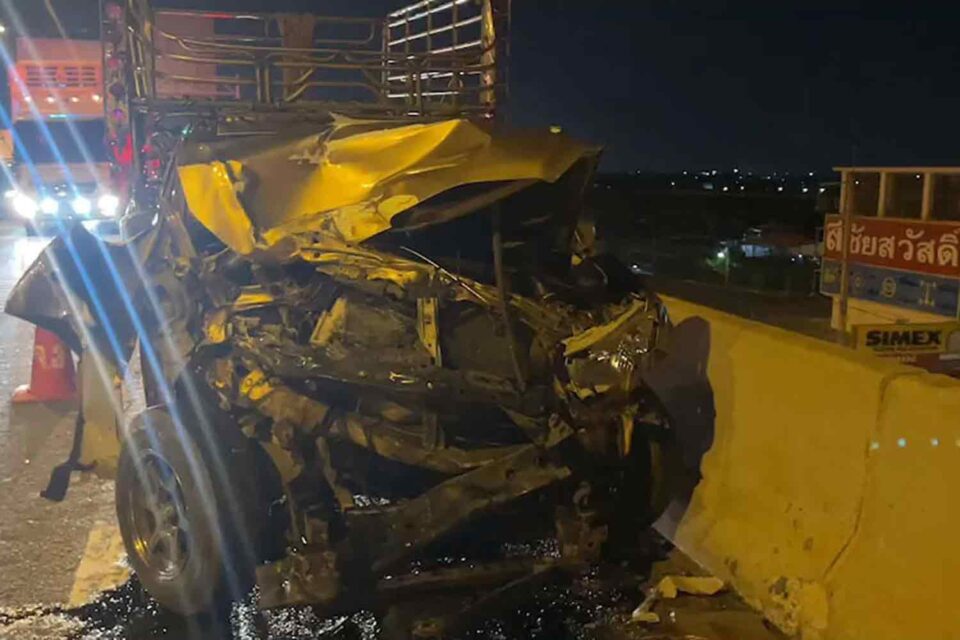 The accident occurred about 7.30pm near kilometre marker 10+200 on the inbound side of the expressway.

Chaiyawut Chantem, 30, the driver of the pickup that triggered the accident, told police he was driving from Rayong to Phetchaburi.

He noticed vehicles in front of him were slowing down and stepped on the brake, but found it was not functioning.

His pickup crashed into the rear of a Toyota Fortuner, causing it to crash into a pickup in front of it that then hit a Honda sedan.

Mr Chaiwut was not hurt but five people, two men and three women, in the other three cars  were injured. They were taken by the Por Teck Tung Foundation rescuers to hospital. All four vehicles were damaged.

Police were examining recordings from surveiilance cameras to establish the cause of the accident.

The damaged front of the pickup that first ran into the rear of a line of stopped vehicles on the Burapa Withi expressway in Samut Prakan’s Bang Phli district on Monday night. Five people were injured. (Photo: Sutthiwit Chayutworakan) 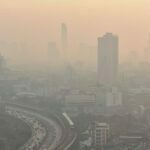