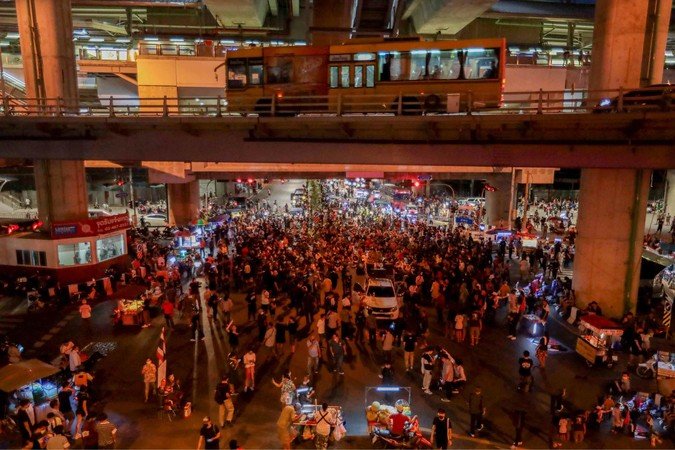 Pro-democracy protesters escaped without casualties after firecrackers were thrown at a rally in Bangkok on Monday evening.

The protesters of the Ratsadon group had gathered at the Tha Phra intersection in Bangkok Yai district on Monday evening. At 7.50pm, when the protesters were about to stand up for the national anthem while making a three-finger salute, a small explosion was heard among the rally group at the intersection, resulting in a commotion.

Some protesters ran up to the Tha Phra MRT station that overlooks the intersection, as they believed the explosive devices were thrown from there. Witnesses said they saw a man riding a motorcycle away to Wongwianyai intersection shortly after the incident, but the protesters’ security guards were unable to catch him.

A small, unexploded firecracker wrapped in plastic sheet was found at the scene. It was about the size of a candy, while the fuse had a burn mark. Officials suspect that two firecrackers were thrown, but only one exploded. There was no report of injuries.

Police, MRT staff and the security guards of the protesters are reviewing CCTV footage to identify the suspect. 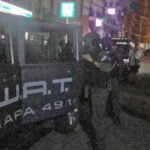 Parents of American citizen who opened fire at police and journalist in Pattaya before suicide are in Bangkok state quarantine, flew in to see him only two days before 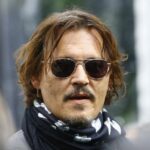