Home » Experts Say Being Single Is Better For Your Health

Who said love was the key to happiness? According to a study, being single may actually prove to be the best way to stay healthy for longer. We were confused too, so let us explain why.

Why Being Single Is Better For Your Health

A psychologist from University of Santa Barbara in California named Bella DePaulo dropped the bombshell that settling down with a partner may not be optimal for your well-being.

According to research conducted by DePaulo, single people are much more open to the world and develop and foster better connections with their family, friends, neighbours, and colleagues when compared to their committed counterparts. ‘When couples move in together or get married, they tend to become more insular’, explains the psychologist.

Also according to her, the studies that claim the contrary is true and that it is in fact the married lot that are happier and healthier take into account emotional and psychological factors directly related to the relationship. Beyond that however, being single carries numerous advantages. For example, who knew single people were in better shape?

Those who are single typically have more free time, and use this time to take care of themselves through means like physical activity and fitness. Singles also tend to pay more attention to what they consume, as well as enjoy better nights of sleep with no partner potentially snoring beside them. They are fixed on their own internal clock and are more attentive to their own needs and not worrying about the needs of the relationship.

So if you’re worried that you’ve not got a date or that you’re passing Valentine’s Day alone, rest assured that you may be better off without! 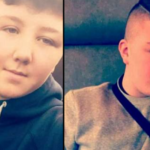