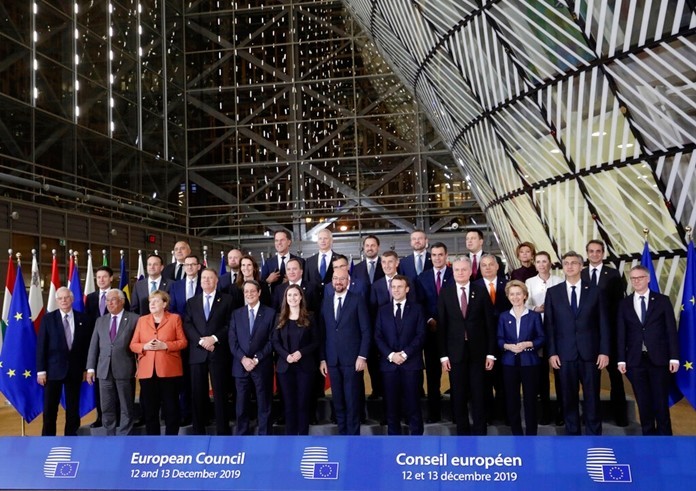 For the first time in years, leaders from across the European Union posed together for a “family photo” at Thursday’s EU summit.  Well, everyone but the prime minister of Britain.

The group photo ritual, once routine at the leaders’ quarterly summits in Brussels, hasn’t taken place since Britain voted in 2016 to leave the bloc. Former EU Council President Donald Tusk wanted the visiting dignitaries to get straight to business instead.

It was tough to hold a photo op vaunting continental unity amid the past three years of Britain’s torturous negotiations with the other 27 EU members to get out of the bloc.

This week, however, the EU summit coincided  with the British election.  So no British prime minister is in the building.

The photo moment won’t solve deep differences in the troubled EU family over how to manage money, deal with migrants or fight climate change. As soon as it ended, the leaders clustered in separate groups, and German Chancellor Angela Merkel walked away.

But it suggested an evolving, forward-looking mood in the EU under its just-installed leadership.

And Merkel’s no longer the only woman in the picture, but one of six: New European Commission President Ursula von der Leyen took center stage, the Austrian, Belgian and Danish leaders were among those standing behind her, and everyone extended a warm welcome to new Finnish Prime Minister Sanna Marin.