A 46-year-old English language teacher, who was allegedly operating an organic marijuana farm and selling it online, was arrested on Friday after a raid on a four-storey building on Din Daeng Road in Bangkok’s Phayathai district. 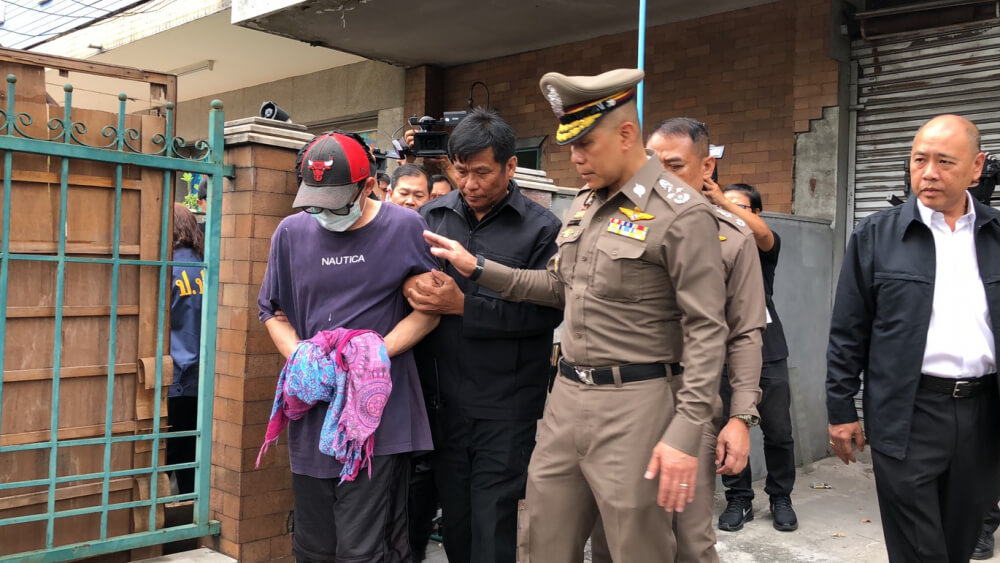 National police deputy commissioner Pol General Chalermkiat Srivorakan said that on the third floor of the building, officers found five litres of cannabis oil, 50 plastic pots and 10 sacks of soil, some equipment to extract hashish using heat from two gas tanks, and 50 litres of liquid fertiliser in the indoor greenhouse equipped with lights. 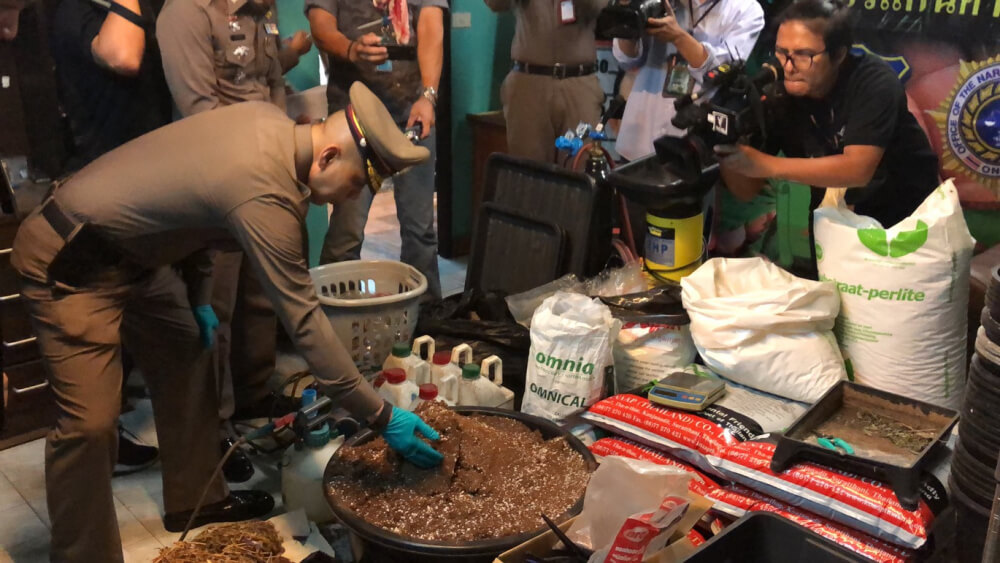 Police extended the arrests of members of a marijuana-dealing gang last July to identify and locate Joseph Sodsaikij, an English language teacher at an international school. Sodsaikij’s alleged operation has been up and running for two to three years, Chalermkiat said. 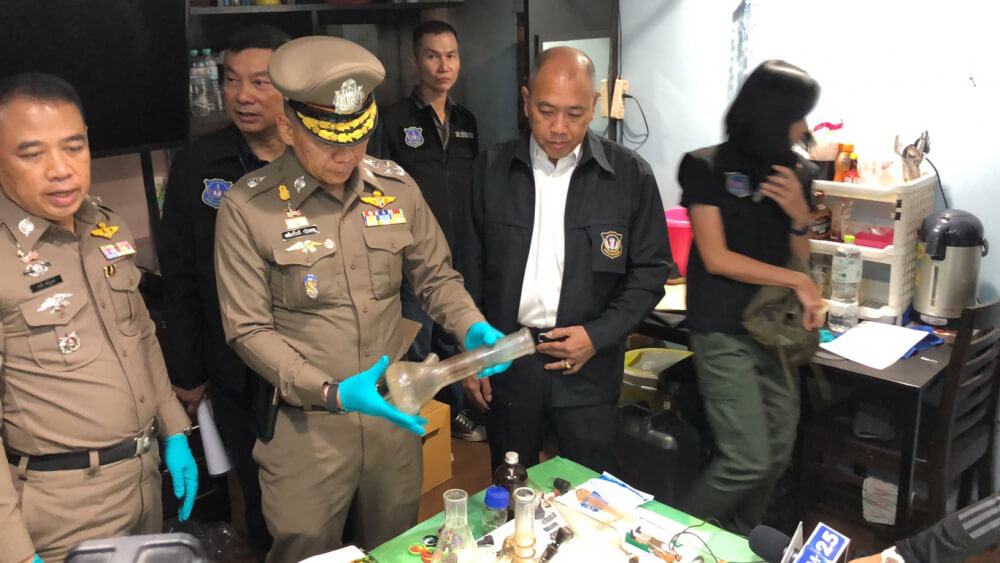 Chalermkiat said that the suspect would import marijuana seeds from other countries to grow 300 to 400 plants at a time in Thailand. It took four months for the plants to be ready for harvest, and then process into organic marijuana products for distribution. The organic marijuana fetched higher prices than other products on the Thai black market.

The raided building is located only 400 meters from the Office of the Narcotics Control Board (ONCB) headquarters. Chalermkiat said the suspect’s strategy might have been that “the most dangerous place is the safest place”, but he would have been caught eventually.

The teacher was initially charged for having marijuana in his possession within intent to sell illegally.