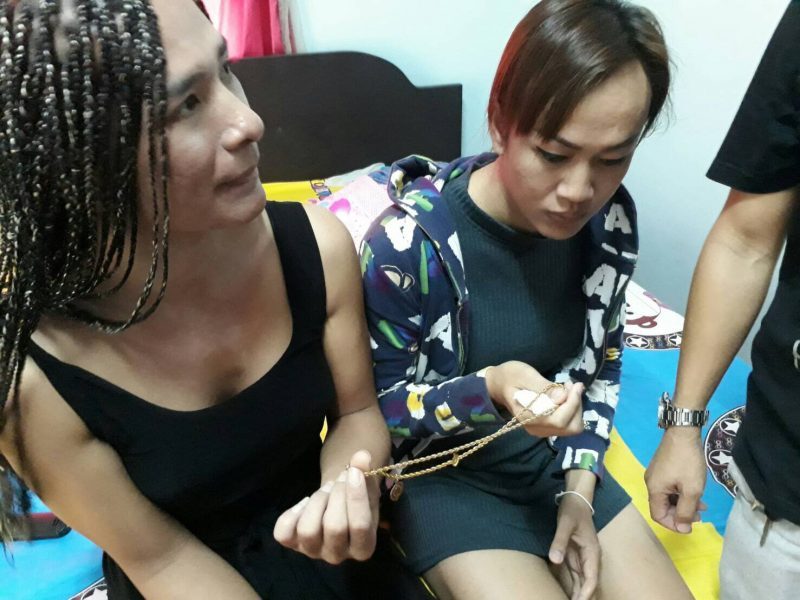 A ladyboy is caught on CCTV planting kisses on an unsuspecting tourist – while she steals his gold necklace.

Massanun Pengwichai, 27, approached Sunny Kumar Patel while her friend Boonsorn Somsuksri, 30, waited on a motorbike on a quiet road in Pattaya.

The crook distracted the Indian tourist by repeatedly kissing his neck and offering to take him to a nearby hotel for sex with her and her pal.

But while Sunny tried to get away, she reached round his neck and unclipped the gold chain before speeding away moments later.

Devastated Sunny reported the theft to police who checked CCTV and tracked the girls down to a rented room where they had sold the necklace for 20,000 Thai baht.

They found the money and and retrieved the gold chain which was stolen after the incident at the Mae Wilai Market on Tuesday night.

Head of the city’s police force Apichai Kroppetch led a large public shaming of the pair in a bid to show that tourists in the seaside resort were safe.

And the CCTV footage was used to demonstrate some of the devious methods thieves use to target tourists in the bustle red light city.

He said: ”The investigation revealed that both criminals were riding on a motorcycle when they saw the victim, a foreign tourist, wearing jewellery. He was walking alone in a drunken state and in a blind spot away from the busy street.

”The thief tried to persuade the tourist to sleep with them while using her hands to unclip the jewellery.

”They escaped quickly and sold the necklace which they were going to use for lavish gifts for themselves.

”I would like to reassure any tourists that this is safe and the two villains will be dealt with by the legal process.” 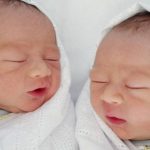 The Opportunity for Thai Students on NASA Scholarships