From an opening that cheekily evokes the dropped snow globe of Citizen Kane to an Unchained Melody finale that had me crying in the chapel, Baz Luhrmann’s Elvis is a turned-up-to-11 treat. This blistering pop biopic combines the kinetic musical madness of Moulin Rouge! with the turbo-charged irreverence of The Great Gatsby, the Shakespearian tragedy of Romeo+Juliet (with an added touch of Falstaff and Prince Hal) and the “what-all-of-it!?” ambition of Australia. It’s a riotously audacious work, a kaleidoscopic portrait of the king of rock’n’roll and his puppet-master promoter, the latter of whom narrates the story (like Salieri in Amadeus) and who tells his money-spinning client: “We are the same, you and I – two odd, lonely children, reaching for eternity.”

“Without me there would be no Elvis Presley,” drawls Tom Hanks’s Colonel Tom Parker (aka Dutchman Andreas Cornelis van Kuijk), a “snowman” or carnival huckster who does his deals on a Ferris wheel and who sounds genuinely amazed that “there are some who make me out to be the villain of this story!” Most will share that view as the curtain comes down on this whirlwind chronicle of a career from which Parker took 50% of the profits and 100% of the control. Yet for all his monstrousness, Hanks’s prosthetically enhanced antihero has just enough wheedling pathos to make us understand how he wormed his way into Elvis’s confidence. With a sing-song voice that is part Elmer Fudd, part Lugosi’s Dracula, we watch him usurp first Elvis’s much-mourned mother, Gladys, and then his idolised wife, Priscilla, in the inner circle of trust, casting himself as Presley’s closest confidant and making him a star even while strangling his artistic ambition.

Of the actors who have previously tried to bottle Elvis’s lightning-like magic – from Kurt Russell in John Carpenter’s Elvis and Rob Youngblood in Elvis and the Colonel (both made-for-TV productions) to a spectral Val Kilmer in Tony Scott’s True Romance, Bruce Campbell in the bonkers Bubba Ho-Tep and, more recently, Michael Shannon in the goofy Elvis & Nixon – none has come close to the physical, emotional, electrical energy that throbs through Austin Butler’s titular performance here. An early scene of his pink-pegged Presley performing Baby, Let’s Play House on the Louisiana Hayride is pure cinematic dynamite, with the orgasmic reactions of girls in the crowd as elegantly choreographed as Elvis’s gyrations (part religious ecstasy, part blushing burlesque) by movement maestro Polly Bennett.

No sooner has Presley made headlines than Parker has slipped his “wiggling boy” into the army, Luhrmann’s film falling in line with the increasingly popular notion that the colonel used Presley’s national service as a tool to give himself breathing space – room to control and neuter his creation. When Elvis gets out of the army, his rebellious zest is tamed by a string of anaemic Hollywood movies – money-spinning but moribund. Later, we’ll hear of Barbra Streisand’s offer for Presley to share her screen in A Star Is Born (a project Parker reportedly nixed because it wasn’t his project), prompting Elvis’s heartbreaking admission that “I never made that classic film that I can be proud of”.

Cheeky but effective dramatic liberties are taken with the clashing plans for what became known as the ’68 Comeback Special (Parker is comically pictured still wondering when the snow and Santa Claus songs are coming, even as Elvis rocks out in black leather). It’s a nice touch to have a picture of Nichelle Nichols’s pioneering Lt Uhura from Star Trek looking down from the TV studio walls as everyone but the colonel wises up to the fact that the times they are a-changing.

There’s nothing subtle about Parker banking on his prize dancing chicken clearing his gambling debts while Elvis belts out Suspicious Minds on stage, a lucrative residency at the Vegas International (weeks that turn into years) imprisoning him as clearly as Michael Corleone in The Godfather. Taking a lead from the 1972 film Elvis on Tour, the third act of Elvis’s life is presented in a split-screen haze, with Dr Nichopoulos pumping him full of drugs as Parker insists that “the only thing that matters is that that man gets up on that stage tonight”.

Parker aside, Luhrmann’s co-writers Sam Bromell, Craig Pearce and Jeremy Doner are clear on the true roots of Presley’s success, from scenes of the young Elvis feeling the gospel spirit move him in church to Big Mama Thornton rocking Hound Dog upstairs at Club Handy, Little Richard offering flamboyant inspiration and Mahalia Jackson making “the music that makes me happy”. A poignant drop of Elvis’s spoken-word Men with Broken Hearts amid the end credits vocals of In the Ghetto is the cherry on the cake of a film that knows its subject, but isn’t afraid to play fast and loose with a familiar tune. 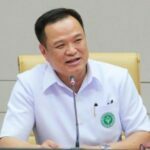 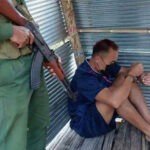