Jose Gimenez headed a 90th-minute winner as Uruguay beat Egypt 1-0 in their opening Group A game at the World Cup in Yekaterinburg.

The Atletico Madrid defender rose highest for Carlos Sanchez’s free-kick to head past Mohamed El Shenawy and break Egypt hearts after a largely sluggish show from the Uruguayans.

Luis Suarez had missed three fine chances and Edinson Cavani hit the post as Egypt looked to have survived without their talisman Mo Salah, who did not feature from the benchdue to his shoulder injury.

Man of the match: Diego Godin

Uruguay started slowly as Egypt’s defence stayed compact, but Suarez had the first clear chance at the far post after Diego Godin flicked on a corner, scuffing his effort from six yards into the side-netting.

Half-time could not come soon enough for Oscar Tabarez’s side, with Suarez, in particular, looking unlike himself, but he had another fine chance within a minute of the second half to put Uruguay ahead.

After Cavani’s through ball, Suarez did well to get goal-side of Ahmed Hegazi at close range, but goalkeeper Mohamed El-Shenawy spread himself wide enough to deflect wide with an outstretched leg.

Mo Salah started on the bench for Egypt following his shoulder injury picked up the Champions League final, along with new Huddersfield signing Ramadan Sobhi.

For Uruguay, Luis Suarez and Edinson Cavani started, but Arsenal target Lucas Torreira was on the bench.

Egypt began to retreat and were nearly punished as Cavani set up Suarez again, but the Barcelona forward dwelled on the ball, attempted to round El-Shenawy, before the ball was taken from his feet.

Cavani saw a 20-yard volley from Suarez’s set-up brilliantly saved by El-Shenawy, before his free-kick came crashing off the post, but Uruguay won it as the game headed for injury time.

After Egypt gave away a needless free-kick on the right flank, sub Sanchez found the head of Gimenez, who did superbly to find the far corner with his header.

Man of the match – Diego Godin

Match-winner Gimenez could not ask for a better partner at club and country than Diego Godin. Though Egypt attacks were rare, the Atletico Madrid defender dealt with everything thrown at him in Yekaterinburg.

His statistics will take some beating in this tournament; 100 per cent take-ons completed, 100 per cent tackles won, five clearances, five interceptions and four duels won.

He even took the game by the scruff of the neck in an attacking sense, seen regularly on the ball in the attacking third.

Uruguay now face Saudi Arabia in Group A on Wednesday in Volgograd at 4pm, while Egypt face Russia on Tuesday evening at 7pm in St Petersburg. 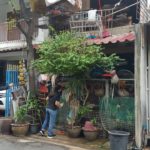 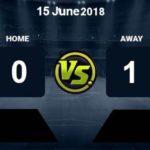