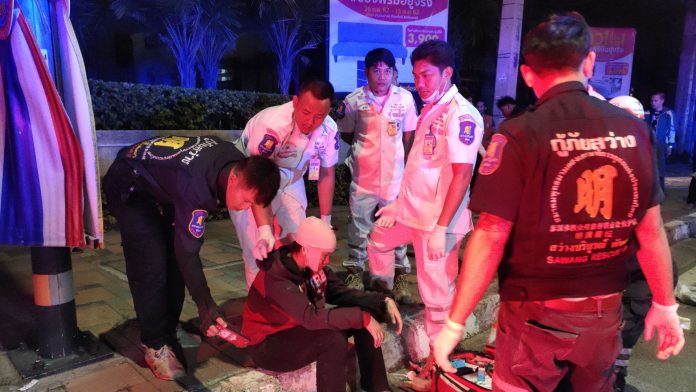 At 3:00 am on November 10, 2019, Sombat Kaewmunmuk, Deputy Chief of Police Inspector of Pattaya City, Chonburi was notified of a motorcycle crash.

There were serious injuries. The incident occurred across the entrance to Soi Siam Country Club. Officers and The Pattaya news rushed to the scene after being notified along with the rescue staff of Sawang Boriboon Foundation.

The head area had a large wound. He had no form of identification and no helmet.
Nearby officers found a Black Yamaha Mio brand, registration number 116, Chonburi. The vehicle fell over at the side of a footpath, damaging it’s side. There were 2 people injured. The first person is Mr. Natthaphat Charoenying, 19, with a serious head wound.

The second person  Ms Khemjira Moosiri, 19, also with a head wound. Initially, the rescue staff along with a medical team from Bangkok Pattaya Hospital, hurried to give first aid before bringing all 3 injured to the hospital. None were wearing helmets.

According to people who witnessed the event they said they saw the Honda Wave motorcycle driving along Sukhumvit Road heading to Chon Buri before being hit by the Yamaha Mio motorcycle, turning right from the far left lane in order to enter Soi Siam Country Club until causing the said accident.
However, Police Lieutenant Colonel Sombat Kaewmunuk, the investigation’s owner, will investigate the closed-circuit television to find the actual cause. 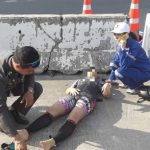 One athlete injured during Pattaya Triathalon after crashing into road barriers 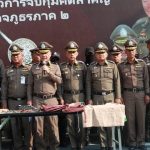