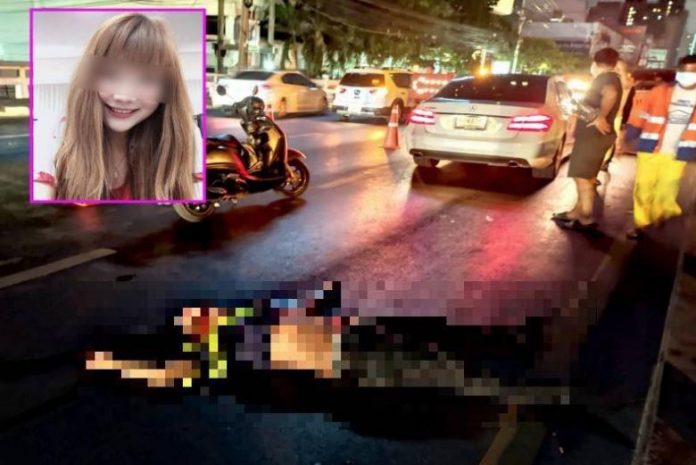 Late on Friday night, an engineer was killed when he was hit by a car driven by a woman who claims to be a university lecturer on Ratchadaphisek Road in Bangkok.

Police said Bunyarit Phumprasert, a 26-year-old engineer, was hit by a Mercedes-Benz sedan driven by Veeda Satyarom, who identified herself as a university lecturer in business administration.

The engineer’s body was discovered about 10 metres from where the car stopped after hitting him.

Bunyarit, who worked with the JNC Engineer Jacking Co, was sent to supervise electrical cable installation under the Ratchadaphisek Road in preparation for the construction of the MRT Yellow Line.

Pol Maj Meesaimongkhol said the police were alerted to the crash at 11.45 pm on Friday. Investigators found Bunyarit was placing cones to signal motorists to avoid the construction site before he was hit by the car.

Veeda apologised to the dead man’s colleagues at the site. She claimed she did not see anyone working on the road and denied she was driving under the influence of alcohol.

However, the result of a breathalyser test showed Veeda had an alcohol reading of 133-milligramme percent, which is far above the legal limit of 50mg%.

She has been charged with reckless driving causing death and driving while being intoxicated. 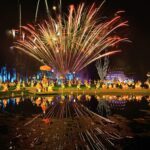 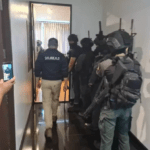