A man who led police on a hair raising car chase from London to Kent only had a Legoland ‘driving licence’ as ID.

The 21-year-old, who has been arrested on suspicion of multiple driving and drug-related offences, received the toy licence in 2003 – when they were around two.

The pursuit, which involved two police forces and a police helicopter, only came to a close when the driver ran out of petrol.

Metropolitan police had tried to pull the grey Audi A1 over on the A2 in Bexley, southeast London, but the driver fled down the busy dual carriageway out of the capital.

A 30-minute car chase ensued with Kent Police taking over the pursuit, while a helicopter tracked the vehicle from the air as it ‘travelled at high speed’.

The driver was pursued to the Isle of Sheppey and stopped in the seaside town of Minster in the early hours of February 28 after running out of fuel.

When officers searched the car, the only form of identification they found was the Legoland toy driving licence along with ‘a large amount of cannabis’.

The fictional photo IDs are given to children when they pass an imitation driving test at the popular theme park in Windsor, Berkshire.

The ‘test’ sees children cruise around Lego City in a brick-built electric car after watching a rigorous safety video.

Following the incident, Kent police’s road policing team tweeted a picture of the ID along with images of the cannabis.

A spokesperson for the force said: ‘During the early hours of Monday, February 28 2022, officers requested a vehicle to stop on the A2 in Bexley.

‘It was pursued to the Isle of Sheppey and after running out of fuel stopped in Bell Farm Lane, Minster.

‘A 21-year-old man from Sheerness was arrested at the scene on suspicion of dangerous driving, failing to stop, possession of a class B drug, driving with no insurance and driving with no licence.

Sergeant Glen Walker, of National Police Air Service London, said the NPAS helicopter was deployed at around 2.15am on February 28 to support Metropolitan Police officers on the A2.

‘We kept the car in our sight the whole time as it travelled at high speed to the Isle of Sheppey, and directed officers to its final location with ongoing commentary and lighting up the area with our powerful Nitesun,’ he said.

‘This is a great example of air support working directly with officers on the ground to ensure that there is nowhere for suspects to escape to.

‘Our high-quality camera, mapping and lighting systems are powerful tools in tracking, and ultimately, apprehending suspects, as was shown in this case.

‘A good result all round.’ (TAT) is preparing a plan to relax travel rules 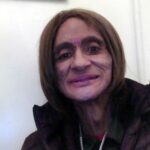