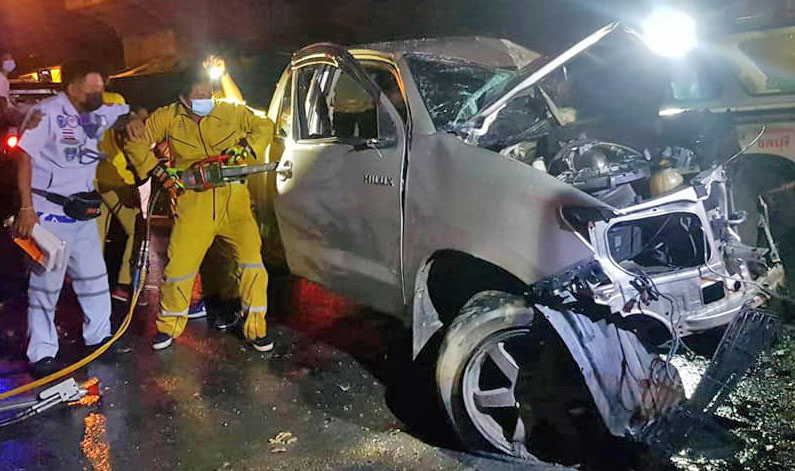 A 40-year-old driver has been pronounced dead at the scene after he crashed his pickup truck in Mueang Chonburi District early this morning.

The Mueang Chonburi Police was notified of the accident at 4:30 A.M. this morning (August 28th) on Sukhumvit Road in the Klong Tamru sub-district.

Emergency responders arrived at the scene to find the damaged pickup truck. The driver, Mr. Channarong Krutthong, 40, from Chachoengsao, was found deceased inside the cab, and rescue workers were unable to immediately free him.

It took about half an hour for rescue workers to free his body from the pickup truck using special equipment. An overpass pillar was found damaged.

No witnesses were found at the scene. Police believed that the driver might have lost control of his vehicle in the rain due to wet roads.

TPN media notes this is the third person who was tragically pronounced deceased due to the weather in Pattaya over the past day. One other had passed away in a traffic accident and one had passed due to swimming in a canal. 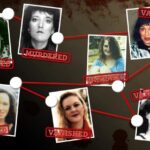 UNSOLVED MYSTERY who is behind Ireland’s ‘vanishing triangle’ women? 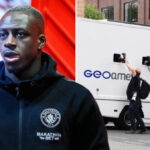