Russian troops withdrawn from the Chernobyl nuclear power site are being rushed across the border to a special medical facility in Belarus with ‘acute radiation sickness’, it has been claimed.

US intelligence chiefs have confirmed that Vladimir Putin’s forces have started to pull out of the region around the defunct facility after a pledge from the Kremlin to scale back attacks.

However, an employee at the Ukrainian state agency overseeing the exclusion zone said ‘irradiated’ Russian soldiers were being whisked by the bus load to a clinic in Gomel for treatment.

Yaroslav Yemelianenko wrote on Facebook: ‘Another batch of Russian irradiated terrorists who seized the Chernobyl zone was brought to the Belarusian Radiation Medicine Center in Gomel today.

‘Have you dug trenches in the Red Forest, bitches? Now live with it for the rest of your short life.

‘There are rules for dealing with this area. They are mandatory because radiation is physics – it works without regard to status or shoulder straps.

‘With minimal intelligence in command or soldiers, these consequences could have been avoided.’

A US official told the AFP news agency Russian soldiers were ‘walking away from the Chernobyl facility and moving into Belarus’.

They said: ‘Chernobyl is (an) area where they are beginning to reposition some of their troops — leaving, walking away from the Chernobyl facility and moving into Belarus.

‘We think that they are leaving, I can’t tell you that they’re all gone.’

Moscow’s forces occupied the Chernobyl site in the first days of the invasion last month and for a time prevented staff maintaining facilities there from leaving or being relieved by other workers.

Staff at the site have previously described the invading troops as having been sent on a ‘suicide’ mission, saying their vehicles and equipment had no anti-radiation protection.

Speaking to Reuters, one worker on duty when the Russians seized control of the area said the convoy had kicked up clouds of radioactive dust while driving through the highly toxic ‘Red Forest’, which got its name when dozens of square kilometres of pine trees turned red after absorbing radiation from the 1986 explosion.

A vast area around Chernobyl remains off limits to anyone who does not work there or have special permission, but the Red Forest is considered so highly contaminated that even the nuclear plant workers are not allowed to go there.

Another said a soldier sent to work alongside them in the facility ‘did not have a clue’ about the notorious explosion at the plant, one of the world’s worst nuclear disasters.

He said: ‘When they were asked if they knew about the 1986 catastrophe, the explosion of the fourth block (of the Chernobyl plant), they did not have a clue.

‘They had no idea what kind of a facility they were at. We talked to regular soldiers. All we heard from them was, “It’s critically important infrastructure”. That was it.’

This week, Ukraine’s Deputy Prime Minister Iryna Vereshchuk said the country’s armed forces have warned there is a danger of ammunition exploding at the power station.

She said: ‘We demand that the UN Security Council immediately take measures to demilitarise the Chernobyl exclusion zone and introduce a special UN mission there to eliminate the risk of the repeat of a nuclear catastrophe.’ 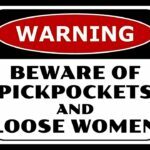