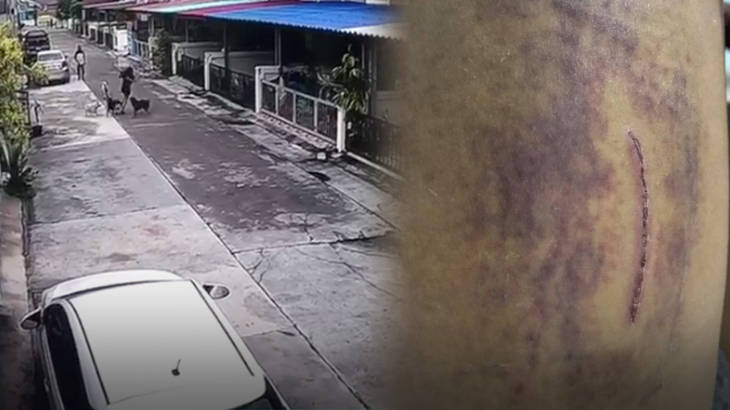 A neighbor is refusing to take responsibility for a dog attack claiming that he was looking after only one of the dogs in the pack. The one that did the biting was a soi dog and wasn’t his, he claimed.

But the woman who got a nasty bite on her leg said that all the dogs were his responsibility whether he looked after them inside his house or not, reported Thai Rath.

A video of the attack on “O” was posted online. The incident happened at a housing estate in the Ban Bung area of Chonburi on March 12th.

The poster of the clip – O’s boyfriend said it was disgraceful that the neighbor – who lives next door – would not even say sorry let alone not offer to pay for his girlfriend’s treatment. He said he intends to prosecute with the full force of the law.

Reporters caught up with “O” who said that she was just putting the trash out and returning to her house when she was surrounded by four dogs. She called for help from her next door neighbor, who she said looked after them all, but he simply did nothing.

She was bitten by one of the black dogs.

When she complained to him he claimed that he only looked after the white dog inside his house. Though he fed the other dogs they were soi dogs that roamed outside and were not his responsibility.

The matter is now in the hands of the police. 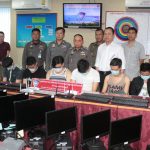 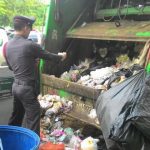