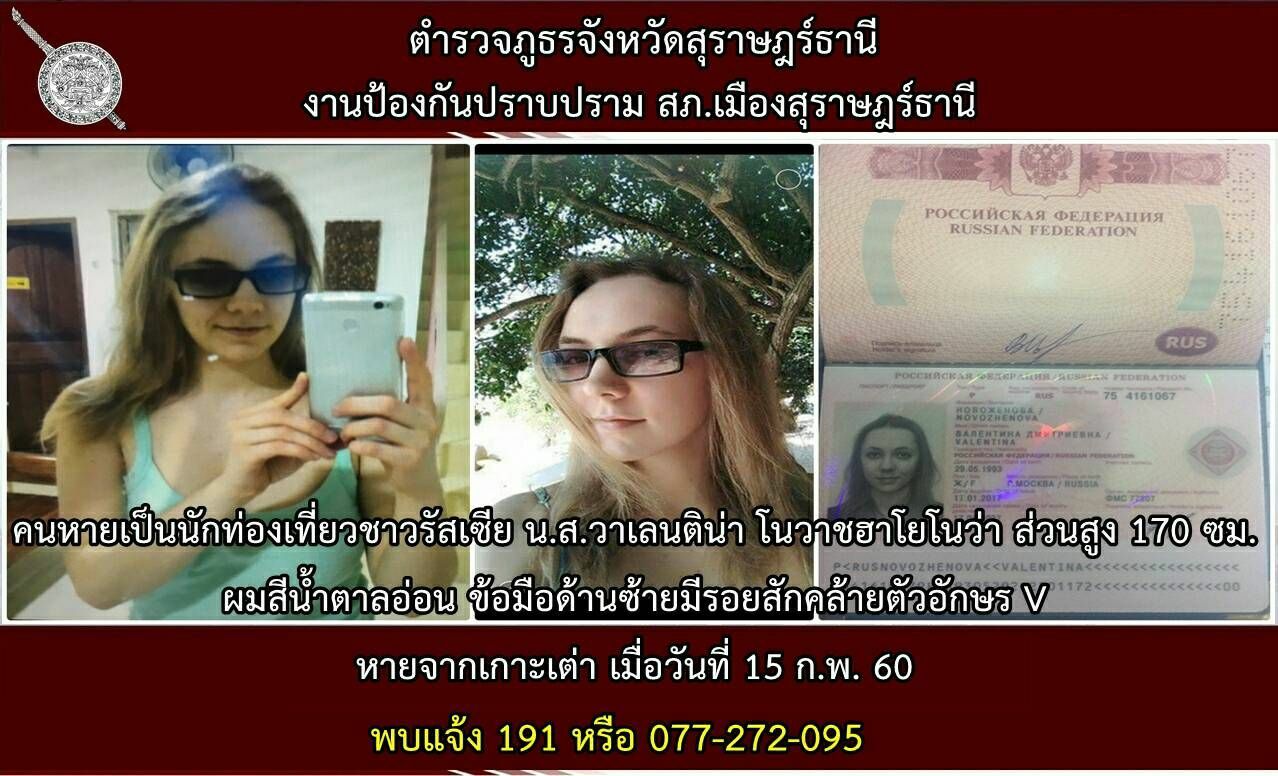 The search for missing Russian female diver continued on foot in Koh Tao on Monday while the diving team suspended the search as divers felt fatigue after many days of searches.

Valentina Novozhyonovam, 23, went missing during her trip to Koh Tao On February 15th. Her mother has already arrived at the island waiting for the good news, which has yet to come.

A source said that the suspension of the search in the sea came after the diving team complained of fatigue as they have been in search for her continuously for ten days.

The visibility under the water is also bad, about 50 centimetres, making the job even more difficult.

The search, however, still continues with rescue teams still looking for her on foot. There has been no sign of any evidence which could point to solving the mystery.

Novozhyonovam has been known for aving free diving as her favourite. 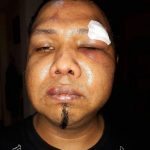 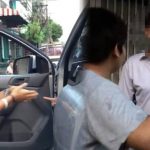