Two furniture deliverymen fell to their deaths Tuesday morning after an elderly motorist crashed his Mercedes-Benz into their stalled vehicle on an elevated highway in northern metro Bangkok.

Woothichai Suracha, 32, and Caris Waraklan, 22, both employees of SB Design Square furniture company, were examining their stalled truck on the Si Rat Expressway at 8:30am near Wat Bua Kwan when 72-year-old Surang Supornsuk struck their vehicle. The pair were reportedly forced to leap over the guardrail and died from the fall.

“I can’t believe he’s dead. He’s the breadwinner of the family. I don’t know how life will go on. Our 3-year-old daughter will grow up without a dad,” said Thida Suracha, Woothichai’s 30-year-old fiance.

Thanathorn Poolprasert, a rescue worker on the scene, said that Woothichai and Caris had parked the truck after it overheated. Panunart Kamakklang, Caris’ girlfriend, was waiting in the cab of the truck. 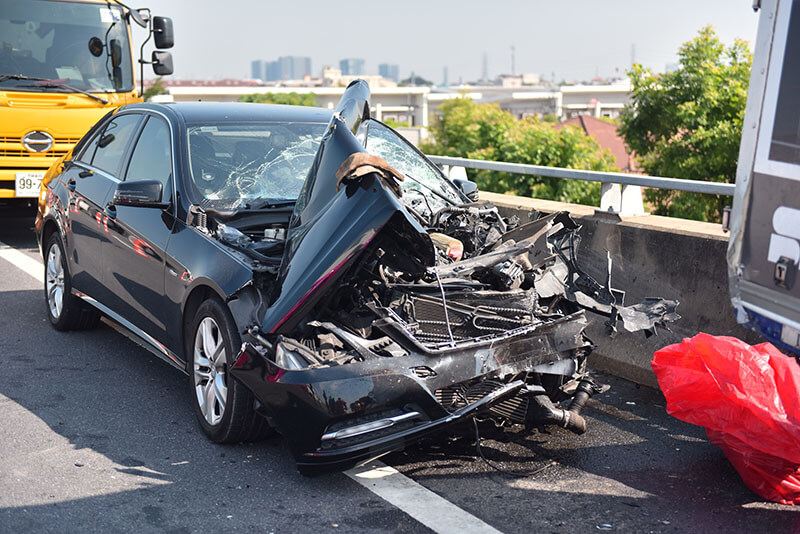 That’s when Surang rammed into the truck at a high speed, forcing Woothichai and Caris to jump out of the way, Thanathorn said. They fell six meters and died on impact. The front driver’s side of Surang’s car was caved in from the impact. Both he and Panunak were taken to Pranangklao Hospital with injuries.

“I want to ask Surang, why did he have to drive so fast and hit them? How can he say that he didn’t see the truck as an excuse? It’s two-meters tall!” Thida said.

Both vehicles were being taken to the Rattanathibet Police Station to be impounded as evidence, since emergency responders at the scene said there would be a criminal case due to the fatalities. Two lanes of the highway remained closed as of 11am, and commuters were warned to be aware of the impact on traffic.

At noon, the police Lt. Capt. Kamapant Oatngarm said police would investigate the fatal accident as a potential crime.

Thida said usually Woothichai leaves the home at 7:30am for his deliveries after buying breakfast for his daughter and kissing the both of them goodbye.

“Usually he trims his beard, but today I remarked that his beard was growing long and told him to shave, and he did. I didn’t think that was an unlucky sign,” she said.

Panunart and Caris were set to be married next month, Thida said. 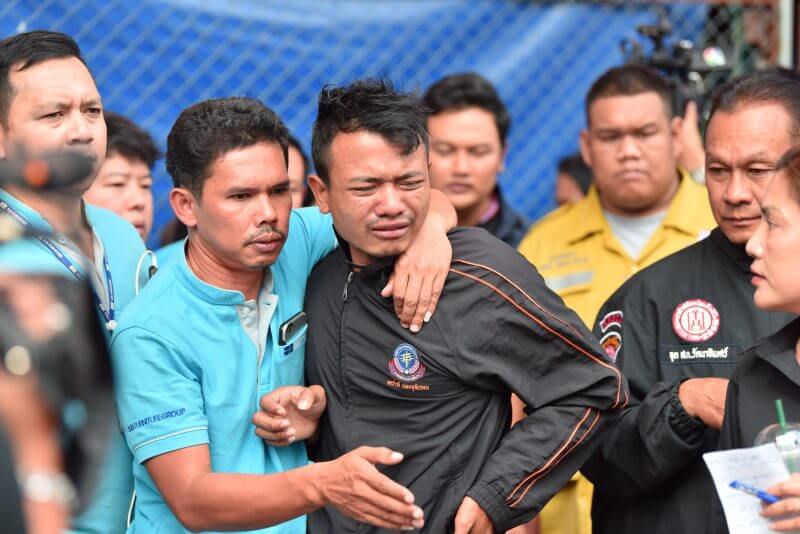 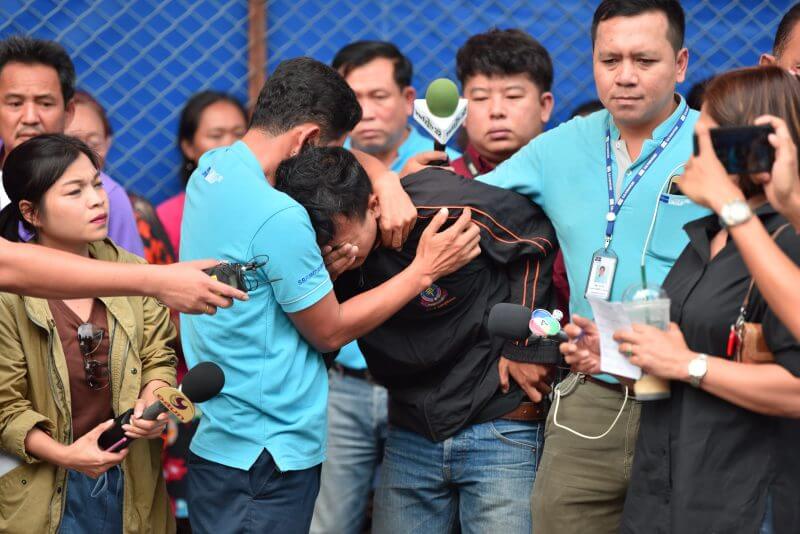 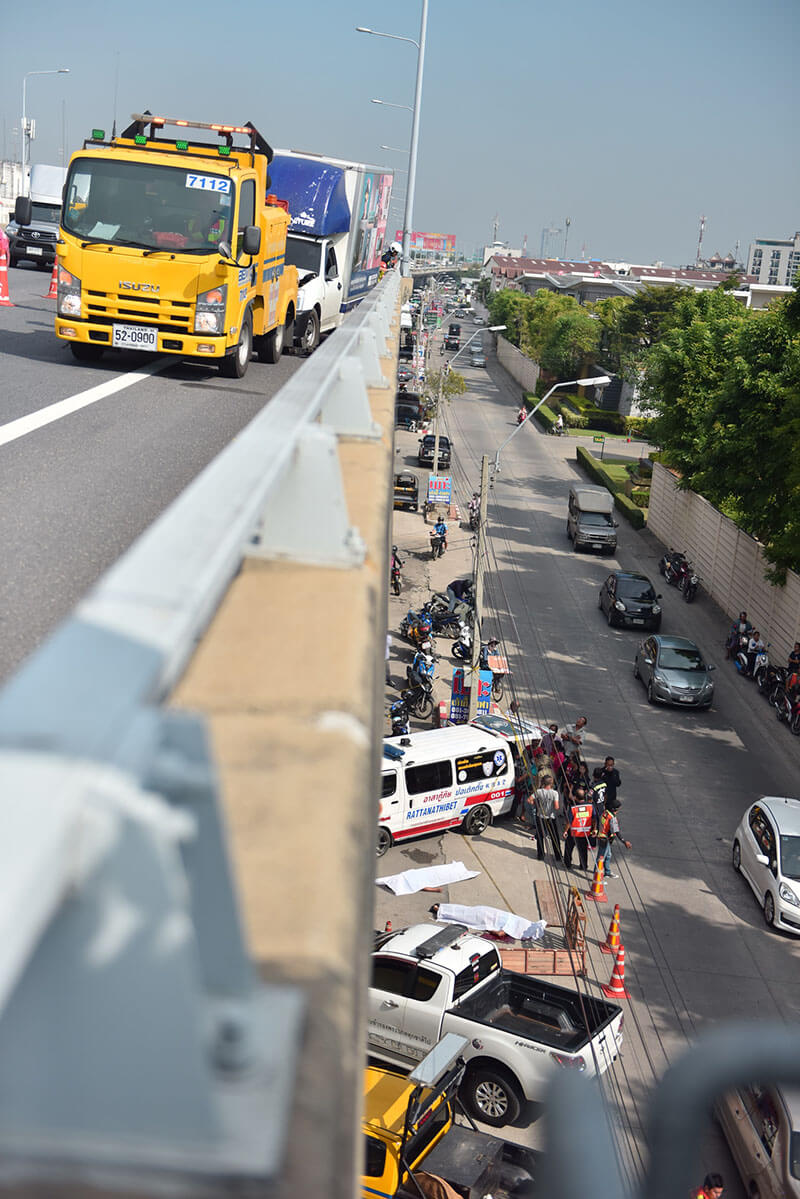 This is a developing story and may be updated without notice.