Patchareewan Kanha, the long-time girlfriend of super-flyweight champion boxer Srisaket Sor Rungvisai, stunned the Thai public by declaring in a Facebook post that the pair’s romantic relationship, which has endured for more than 10 years, has come to an end. She attached photos of the former couple smiling, emphasizing that their friendship remained strong despite the break-up.

“We ended it well so please respect our decision. We will stay friends and there are no hard feelings on either side. I would like everyone to give him their support as he fights to bring pride and fame to the country [in the boxing ring]. Thank you for your support,” she wrote.

A few hours before the break-up post, Patchareewan uploaded a message hinting at the split, writing: “[I] already wired the money back. This is the start of my being officially single. Good luck.”

The news came as a shock to Thais, who thought the couple would make it after going through a decade of hardships together, Srisaket’s recent glory and his proposal. The break-up declaration drew many comments, most of them expressing encouragement although some speculated about what had caused the split.

Srisaket, whose real name is Wisaksil Wangek, did not have an easy life, migrating from the Northeast to Bangkok where he held several jobs, including as a security guard at a Bang Na department store and a garbage collector, before rising to fame in the boxing ring.

Srisaket defeated the former titleholder Roman “Chocoltito” Gonzalez during their rematch last September, becoming the first Thai boxer to successfully defend the title in the US. Upon his victorious return to Thailand on September 12, he surprised Patchareewan, his girlfriend of 14 years, by going down on one knee and asking her marry him in front of his family and supporters at Suvarnabhumi International Airport.

Srisaket’s village headman father Jiamsak Wangek said on Thursday that he was puzzled by the break-up although he admitted that Patchareewan’s parents had the previous evening collected five cows that she had left for Jiamsak to rear. Jiamsak said he was told that Patchareewan broke up with the boxer over alleged lies and other woman, while a conversation with his son later indicated that Srisaket was accusing his girlfriend of similar misdemeanors, all of which Jiamsak said might just stem from misunderstandings. Jiamsak said he told his son to talk it over with Patchareewan, as he believed their love was true and that arguments and misunderstandings were a test of love. If they still wanted to break up, Jiamsak said he would respect the couple’s decision. 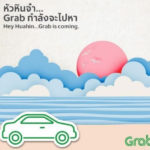 Grab to launch in Hua Hin on May 17