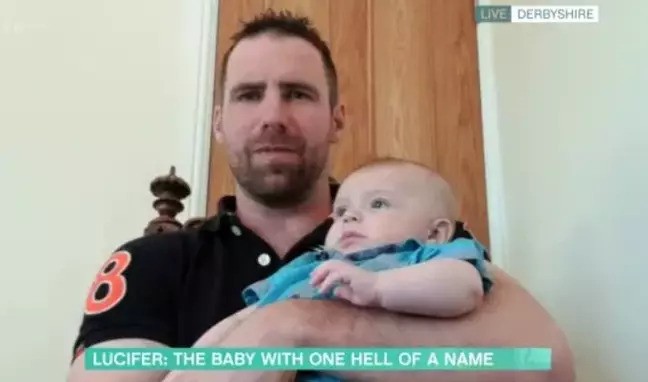 A man who called his son Lucifer has appeared on This Morning today to defend the unusual name choice, hoping to explain to others what it actually means to him.

The name Lucifer holds negative connotations in Christianity, as it is one of the labels given to the Devil.
However, Dan and Mandy Sheldon had been looking for inspiration elsewhere when they decided to name their son Lucifer, having turned to its original Latin meaning.

Dan appeared via video link from Matlock in Derbyshire to chat to This Morning presenters Rochelle Humes and Ore Oduba, holding up his four-month-old to the camera to explain why they went for such a controversial name.

“It actually means light-bringer, the bearer of light,” Dan said.
“So we liked the name, it’s one you remember, and it’s not very popular, so we chose that for our son.”

Dan also said people have even accused him and Mandy of giving their baby a name that’s as contentious as that of Nazi leader Adolf Hitler.

After deciding on the name, the parents were met with some backlash from a registrar, who strongly advised against calling their son Lucifer.

Dan claims the registrar said the child would ‘never succeed in life, no teacher would want to teach him and no employer would want to hire him’, if he was given the name.

Many viewers have weighed in on the topic, with one tweeting: “I feel so sorry for that poor baby. Why on earth would you call your child Lucifer knowing full well what it means. He’s going to be known as the Devil Child when he’s at school as other kids can be so unkind. Ridiculous!!”

Showing their support to Dan and Mandy, another viewer wrote: “I don’t understand all of these atheists getting mad over the name Lucifer. To you and me, he doesn’t exist, so who cares about a child with that name?”

A third said they loved the name, saying it was a ‘great choice’.

A statement from Derbyshire County Council said: “Our registrar felt it was her duty to ensure the couple were aware the name Lucifer had negative connotations and that their son may encounter issues with the name through his life due to its associations.”

The statement also said the registrar had followed the correct protocol given the situation, adding:

“We apologise if they were offended but it is the job of our registrars to advise in these matters as sometimes people are not aware of certain meanings or associations around certain names.” 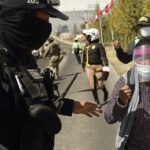 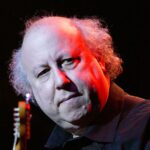