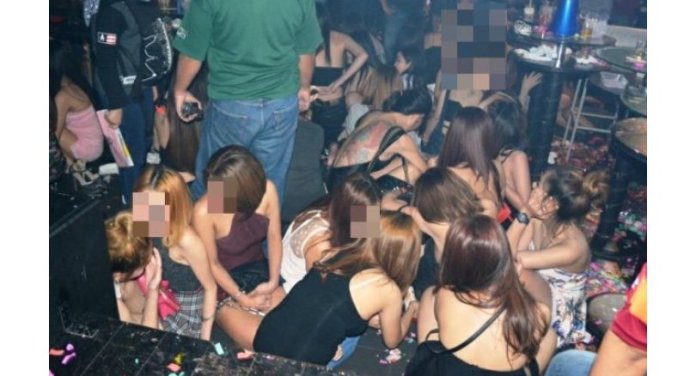 Crackdown on prostitutes in Pattaya continues

The crackdown in which the authorities plan to rid Pattaya of it’s so-called “seedy” image continues as 50 more prostitutes are rounded up.

As the government tightens the screw and applies increased pressure, Pattaya city hall have no choice but to carry on the raids which are supposed to be cleaning up Pattaya’s image, step by step.

A combined force of police and soldiers rounded up 50 ladies of the night, and day aswell no with less foreigners around, in the prostitution crackdown in Pattaya on Thursday (Sept 28).

The crackdown began in the early morning after midnight on the beach roads in Pattaya, Jomthien beach and Pattaya Walking Street.

Of the 50 prostitutes arrested, they included Thais and foreigners.

All were detained at Pattaya Tourist Police Station for questioning and detention.

Some criminals also disguised themselves as transgender prostitutes to prey on tourists.

According to Police Maj Gen Surachet Hakparl, acting deputy commissioner of the Tourism Police Bureau, the crackdown was aimed at creating confidence to tourists visiting Pattaya city that they will be safe to travel here.

Cremation Ceremony for the Late King of Thailand