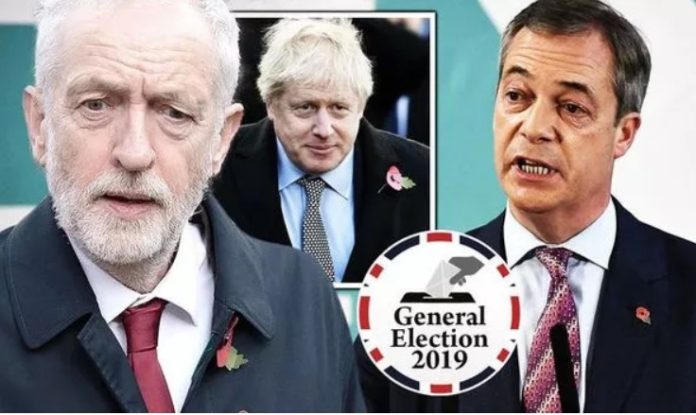 NIGEL Farage has given Boris Johnson a massive boost by saying the Brexit Party will not field candidates in any of the seats currently held by the Conservative Party in next month’s general election.

Instead, he has vowed to “take the fight to Labour” in a move which he said ruled out the possibility of a second referendum.

The announcement amounted to the creation of the “Leave alliance” he had proposed all along.

In a massive blow to Labour leader Jeremy Corbyn, Brexit Party leader Mr Farage unveiled his new strategy at a hastily convened press conference today after cancelling a rally in Hartlepool in the northeast.

Mr Farage stressed Mr Johnson’s deal “did not get Brexit done” and would “give the EU the upper hand” – but said fielding 600 candidates would result in a hung Parliament and a second referendum.

Therefore he has opted to target all seats currently held by Labour, as well as those held by the Liberal Democrats.

He added: “I’ve tried to build a leave Alliance. I’ve tried for months, but that has come to nought. It’s been hard.”

However, Boris Johnson’s pledge not to extend the transition period beyond 2020 appears to have changed Mr Farage’s mind, along with his preparedness to negotiate a super plus Canada deal “with no political alignment” with the EU.

To huge applause, Mr Farage added: “The Brexit Party will not contest the 317 seats the Conservatives won at the last election – we will concentrate our total effort fighting the Labour Party.”

He said all candidates the Brexit Party would field were utterly committed to the cause of Brexit, and Brexit MPs would reinforce this message.

He added: “I have got no great love for the Conservative Party but I think this announcement today prevents a second referendum.”

“In a sense, we now have a Leave alliance – it’s just that we’ve done it unilaterally.”

Mr Farage’s decision is unlikely to be received well by everyone in his own party, with a Brexit Party source earlier telling Express.co.uk frustration was mounting, along with the uncertainty, and suggested the situation between the Conservative Party.

The insider added: “It’s been something of an emotional rollercoaster – I’ve never known anything like it.

“The thing is I think a lot of people see this as a way to achieve Brexit but as we know his deal isn’t Brexit, it’s BRINO, or Brexit in name only.

“People have also got better things to do – they want to do their Christmas shopping.

With nomination papers – and deposits of £1,500 per seat – had to be submitted by Thursday, the insider stressed, adding: “We have this big deadline, on both sides.

“This is now turning into one big game of chicken I think.”

In some areas – about 40 seats – the Leave.EU app is expected to support Brexit Party candidates. These are areas where the Tories have no chance and the Brexit Party vote will challenge Labour there.

Despite increasing clamour to stand down Mr Farage is adamant Mr Johnson’s deal is not Brexit and refuses to compromise.

The Leave.EU app uses data from the 2017 and 2015 elections, and 2019 European elections, to calculate which candidate Brexiteers should vote for in each seat.

Aaron Banks was one of the original “Bad Boys of Brexit” and is reported to be worth between £100m and £250m.

Meanwhile, Brexit Party candidate Elaine Adams has announced she is stepping down in the marginal constituency of Telford because she does not want to “split the vote”.

Elaine Adams took to Twitter to announce the move, saying: “I am standing down as the Parliamentary candidate for the Brexit Party as I do not want to ‘split the vote’ in Telford, a marginal constituency.

“We cannot allow the Labour Party into power by default.

“The Brexit Party and Nigel Farage have done so much to change politics for good. 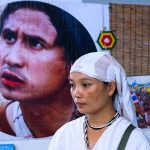 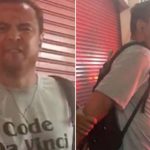