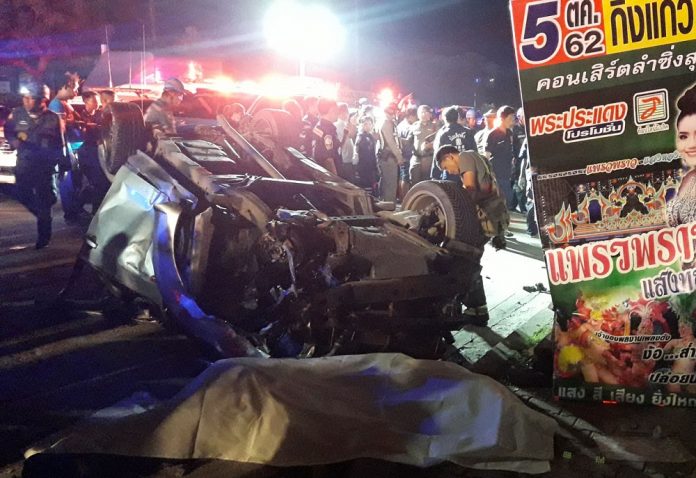 Police said on Monday they will bring back a ban on riding on the back of a pickup truck after a high-speed crash left 13 students dead earlier this week.

In the light of the fatal accident in Samut Prakan province, police spokesman Krissana Pattanacharoen said officers will promptly issue warnings or fines to those caught riding on the back of a pickup truck, though similar measures have been largely ignored in the past.

Col. Krissana said the police will also make sure that operators of public transports drive safely and have enough rest.

A total of 13 students died after a pickup truck flipped over while trying to change lanes in the early hours of Sunday in Samut Prakan. Five people were also injured and hospitalized, including driver Nittaya Sukchan.

Local police station chief Pisut Chantarasunthorn said the driver is still in serious condition and cannot give any testimony.

Investigators said the victims were celebrating the end of their job training and visiting a mor lam show prior to the accident. They were riding on the back of the pickup truck when the vehicle turned over.

Police have yet to press any charges or determine whether Nittaya was intoxicated at the time of the deadly accident, but eyewitnesses said alcohol was served at the party.

The incident renewed debates whether riding on the back of a pickup truck should be allowed. Although such practice is prohibited under current traffic laws, passengers routinely travel on the back of pickup trucks and police have largely tolerated the violations.

In April 2017, the ruling junta reaffirmed the ban on riding on the back of pickup trucks, but the regime soon backtracked the measure after widespread criticism on social media.

Asked whether the ban would be brought back, former deputy junta chief Prawit Wongsuwan, who now serves as deputy prime minister, was non-committal.

“There were calls for the rules to be relaxed, then this incident happened,” Prawit said. “So what do you want us to do?” 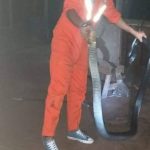 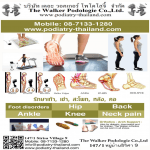