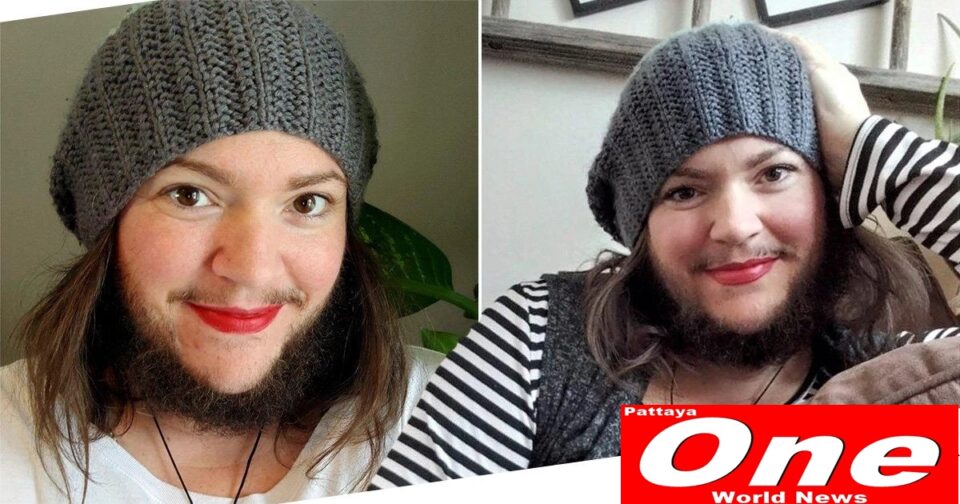 Now, she’s decided to let her beard grow in – and is more confident than ever.

Gennevieve, 34, from Ontario, Canada, started growing hair around her chin and upper lip from the age of 16, and was later diagnosed with polycystic ovary syndrome, which caused the excessive growth.

She had to shave every other day to keep her beard at bay, but said by the second day it was obvious that the hair was already growing back.

‘I was so ashamed of my beard,’ she said.

‘I was bullied through school because of it and kids would tell me to shave or asked if I knew how to.’

‘When I received my PCOS diagnosis, I felt relieved to have something to research and to know there was a reason why these things were happening to me.

‘Another symptom was weight gain and of course, the growth of facial hair.

‘PCOS made me want to hide and I felt robbed of my femininity.’

It wasn’t until the pandemic hit that Gennevieve began to experiment with letting her facial hair grow.

Welcoming her son Duncan, now three, pushed the mum to embrace her looks.

‘I wanted to lead by example,’ she said. ‘I couldn’t teach him to love every part of himself if I wasn’t doing the same.’

She began to share photos of her beard online, which helped her confidence to grow, until she was finally inspired to go out in the world as a bearded woman by an interaction with her family.

‘As soon as my facial hair started to grow when I was 16, I knew that it would eventually become a full beard and I knew that I wanted to get to a place where I was brave enough to grow it out and wear it in public,’ said Gennevieve.

‘I just needed to learn some tools to be able to do that.

‘The main turning point for me was when I ran into one of my aunts while I was waiting in the car outside of the supermarket.

‘I hadn’t shaved in probably about three days and I gave her a warning that I had my beard and she told my uncle not to come over because he “didn’t need to see this”.

‘I saw my aunt’s shame, but it also made me realise that I deserve to be seen!

‘This really fuelled me to take the leap to be seen. I have been growing my beard out since September 2021.’

Face mask mandates allowed the mum to venture out and about more freely, but now, as masks come off and life returns to normal, Gennevieve has learned to get comfortable with people seeing her beard.

Now, she loves her unique looks.

‘I have been able to accept myself for who I am and can walk around in public with my beard with confidence,’ she said.

‘Surprisingly, since fully growing out my beard I haven’t faced any backlash or bullying.

‘It’s obvious that I am a woman, so I could see the confusion on people’s faces. I was watching them go through a whole process of trying to understand.

‘All of the positive experiences I have had since showing off my beard have spurred me on to keep going.

‘I feel more confident than I have ever felt with my beard. When I wasn’t able to be my true self and I was hiding away, I was filled with so much anxiety.

‘Showing off my beard has been liberating.’ 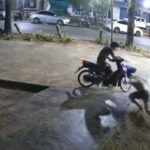 Former boxer caught for stealing bag of Briton in Krabi 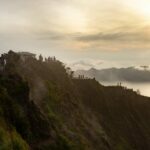 Bali to deport man for dancing naked at sacred mountain