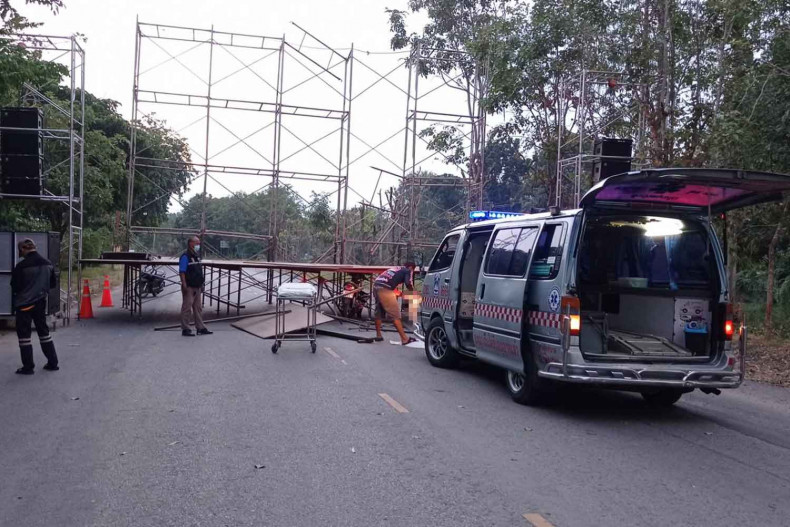 A young man was killed when his motorcycle hit a temporary platform erected in the middle of a country road for a Loy Krathong concert, in Phimai district before dawn on Monday.

Pol Maj Kongpop Asanok, a Phimai police investigator, said the accident was reported about 5.30am.

Police and rescuers called to the scene said Athip Apiwut, 24, from Pathum Thani’s Lam Luk Ka district, was dead on the ground in front of a raised platform blocking the road to Sai Ngam Park.  His fallen motorcycle was nearby.

Investigators said the platform had been erected for band performances on Monday and Tuesday night to celebrate Loy Krathong.

A barrier had been placed across the road about 100 metres from the stage. There was a narrow opening with a light on it.

Athip apparently drove through the opening and then crashed into the raised platform blocking the poorly lit road.

The police investigation was continuing, to determine whether legal action was justified and who was responsible.

The raised platform in the middle of the road to Sai Ngam Park in Phimai district, Nakhon Ratchasima, where a motorcyclist crashed and was killed early Monday morning. (Photo: Prasit Tangprasert) 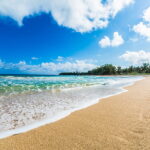 Government is under pressure for foreign land buy 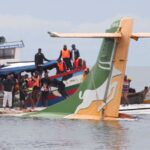