New CCTV footage released showing a car passing a military checkpoint in Sa kaew that may have been carrying Yingluck.

Deputy Prime Minister Prawit Wongsuwan said on Friday surveillance cameras recorded a car traveling past a military checkpoint in eastern Sa Kaeo province that might have been carrying former premier Ms. Shinawatra as she fled the country.

He called it the first “solid evidence” to emerge from a two-week investigation of the former PM and sister of fugitive Thaksin, taking the easterly route.

Prawit said the CCTV cameras could track the vehicle’s movement no further, so there was no evidence that it crossed the border into Cambodia.

Officials are trying to track down the car’s driver for interrogation, he said.

Prawit said Yingluck could have taken any of several other routes through the area and they too were being scrutinized. 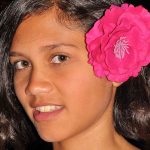