Chiang Mai Airport has cancelled almost 90 flights from several different airlines ahead of the Loy Krathong festivals this year.

Several airlines have cancelled altogether 90 flights to and from Chiang Mai Airport during the Loy Krathong Festival on Nov 3-4 out of safety concerns, Tinnagorn Choowong, vice-president of the Aeronautical Radio of Thailand (Aerothai) revealed on Nov 1.

Mr Tinnagorn said the cancellation of flights is a precaution against possible air accidents from the release of hot-air and smoke lantern during the festival.

According to Aerothai records, a total of 27,083 lanterns were released in 2015, and the number dropped to 7,265 in 2016–a sharp decrease of about 70% due to the safety campaign by concerned agencies. 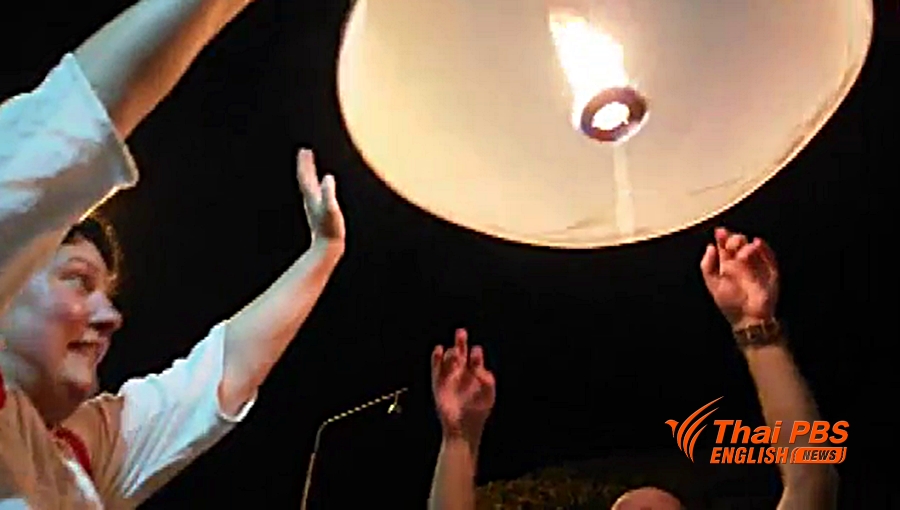 Mr Tinnagorn said Aerothai has assigned aviation control centres throughout the country to lay down safety measures during the festival. Aerothai executives have also discussed this matter to provincial, military and police authorities as well as local administrations–in line with the National Council for Peace and Order (NCPO) Order No 27/2559 regarding the ban on firecrackers, bang fai rocket, and other lanterns.

Pol Lt Gen Suwat Chaengyodsuk, acting Provincial Police Region 1 commissioner, on Nov 1 held a meeting with executives of the Suvarnabhumi Airport and Aerothai about safety measures for aircraft during the Loy Krathong Festival.

After the meeting, Pol Lt Gen Suwat said the release of lanterns, playing with firecrackers and displays of light beams into the sky may be dangerous to flying aircraft.  Those found doing so will be arrested and liable to high penalties.

Kittipong Kittikachorn, deputy director of the Suvarnabhumi Airport, said the airport has distributed brochures to people in surrounding communities asking them to cooperate by not flying hot-air and smoke lanterns, drones, balloons, or lighting firecrackers or displaying light beams into the sky during the Loy Krathong.  If they want to do so, they are required to seek permission at least 15 days in advance and informed responsible officials seven days in advance.

2018 election in doubt after government refuse to lift restrictions