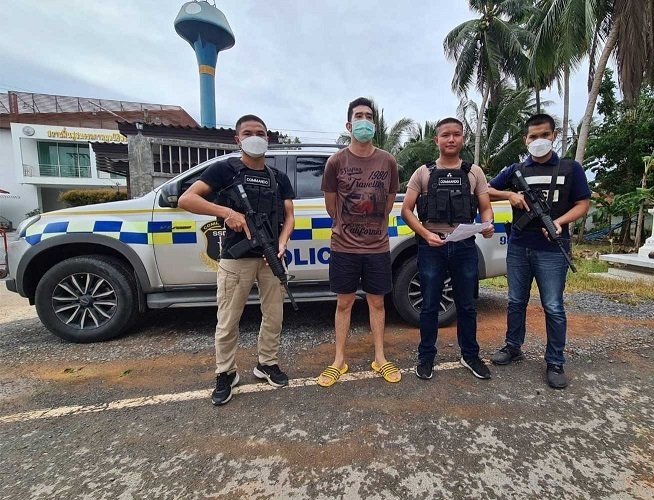 Police commandos arrested a son of late influential boxing promoter Klaew Thanikul and the father of TV actors Nachat and Natcha Janthaphan, and 15 other suspects, when executing arrest warrants in 12 provinces on Thursday.

Pol Lt Gen Jirabhop told reporters  on Thursday afternoon that a total of 17 suspects were arrested during the raids – six wanted in murder cases, seven for attempted murder, three for robbery and one for assault causing serious injury.

Mr Vorachet was wanted on charges of attempted murder and violations of the Firearms Act in connection with an attack on a truck in Nonthaburi, for causing injuries and causing damage to the vehicle.

He was arrested at Viphawan housing etate in tambon Bang Krasor of Muang district, Nonthaburi.

Mr Khom, 35, was arrested in Nakhon Si Thammarat. He was wanted for allegedly shooting dead Ekkarong Ruengnate at a roadside bus pavilion in Tha Muang district of Kanchanaburi province, in full view of shocked passengers. He allegedly shot Ekkarong four times with a .45 handgun. He was apprehended on a road in Cha-uat district.

In Chachoengsao province, commandos surrounded the house of murder suspect Sathaporn Khaopongchan in Bang Nam Phrieo district. However, Mr Sathaporn was not in the house or anywhere in the 40 rai compound. Other family members were at home.

Mr Sathaporn allegedly shot dead Uthen Lornor over a land dispute in Bang Nam Phrieo in 2007. Police arrested him and he later skipped court bail. He was previously convicted on drug charges

Pol Lt Gen Jirabhop said that during questioning all suspects confessed to the charges. Some said they were unaware that warrants had been issued for their arrest.

Mr Vorachet was arrested after the attack and a lower court sentenced him to five years in jail. He claimed the gunshots were accidental and was allowed bail to appeal.

He failed to show up to hear the Supreme Court’s ruling. In 2017, he had opened a YouTube channel which had more than 100,000 followers.

Mr Khom had fired shots at a vagabond in front of a roadside pavilion in Tha Muang district, Kanchanaburi in 2019 and had explained it was to relieve stress. He was arrested in Nakhon Si Thammarat, the Special Operations Police commander confirmed.

He led the operation.

Other major arrests included Thosaphol Udomdee, 42, wanted for colluding in murder, setting fire to a body and destroying a corpse.

He had used a knife to attack a former air force officer he said had refused to pay for a motorcycle tyre repair at his shop. He claimed the man, who fled, had tried to intimidate him.

The suspect then allegedly conspired with four accomplices to run down the man with a pickup truck. They beat him with wooden batons and drove the pickup over their victim before setting fire to his body. Mr Thosaphol had been in hiding for 15 years before he was arrested in Khon Kaen.\ 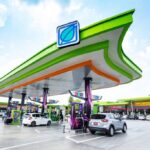 Good News fuel prices on the way down 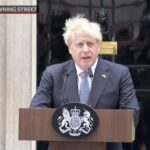